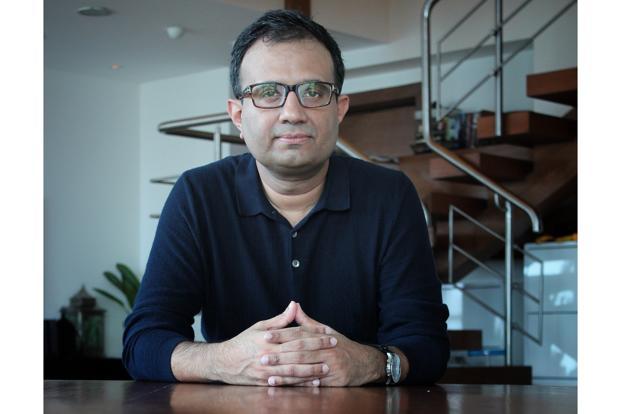 The Bombay Canteen is filled with lunching families on the weekday afternoon I meet Ajit Mohan, CEO of Hotstar, the digital entertainment platform owned by Star India. The collective chatter filling the voluminous, high-ceilinged space isn’t loud enough to intrude on a business meeting, and offers the perfect locale for an easy conversation. In any case, Mohan, 43, is not a guarded, overly formal CEO. Soon he is giving me the low-down on the numbers and logistics of establishing and running the most widely watched online platform in the country.

The other numbers are equally staggering: more than 350 million downloads, and a global benchmark of 10.3 million users logging into Hotstar during the finals of the Indian Premier League 2018. So now you know—for Indians, no form of entertainment matches up to short-format cricket. Hotstar is also one of the few video services in the world to cross 100 million downloads on the Google Play Store.

These are exciting times. For the internet-literate, still a small percentage of the Indian population, downloading a film or a TV show or watching sport—all under the umbrella term “content”—live on the screen of their mobile phone is an easy option. Mohan uses “content” liberally during our conversation.

Platforms like Hotstar, Netflix and Amazon Prime Video are inexhaustible buffets. Consuming moving visuals on a screen has become a private experience, requiring us to see anew, and see alone. And it’s great news for Mohan. India is tuning in—or, rather, logging in. After Reliance Jio launched the largest 4G network in the country in 2016, the use of smartphones and mobile data accelerated dramatically, and streaming of online entertainment is at an all-time high. Reliance recently announced that it will launch its own fibre-based broadband. The Mary Meeker Internet Trends 2017 report had many insights on Indian internet behaviour: internet penetration was still at 27%, but 80% of all web traffic came from mobile devices, and 45% of the time users spent on their phones was on entertainment, ahead even of search and messaging.

Mohan is at the helm of the digital entertainment revolution in India. So what is really behind the growth and turnaround in the way entertainment is consumed in the country? Will entertainment as we know it change dramatically? Can a soap opera like Naagin, which is one of the most-watched Hindi serials in India, coexist with Game Of Thrones (Hotstar streamed all the seasons of GoT in India)? Can both attract an equal number of viewers? Will we see fewer time-tested, formulaic stories and more of original stories after the web opens up?

Yes and no, it appears.

It’s a late lunch and our order includes The Bombay Canteen’s take on the city’s iconic snack, Eggs Kejriwal, the consistently excellent Methi Arugula Salad and Fried Kerala Chicken—there are recent additions to the menu, but we stuck to the tried-and-tested. True to his Malayali roots, he was supporting Brazil in the ongoing World Cup. “I watch football once in four years, and when I do, I always support a South American team.” He is also a cricket fan. 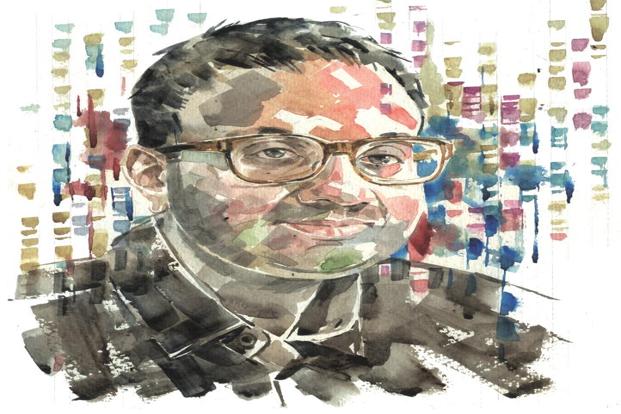 Born in Kochi, Mohan has an MBA in finance from The Wharton School. The early years of his career took him to Singapore, Malaysia, the US and Brazil. He worked at McKinsey & Co., the global consulting firm, concentrating on media projects that required him to work closely with film and TV studios, production companies, children’s entertainment companies, women’s apparel and footwear, and online gaming. “I remember travelling every day of the week at one point when I was based in the US,” he says.

He returned to India in 2008 as a fellow at the McKinsey Global Institute, and in the following years worked with the ministry of urban development (now ministry of housing and urban affairs) and the Planning Commission as well as the International Centre for Research on Women. It was a conscious switch to the public sector. “I think we will see a lot more of this,” he says. “People will move between the public and private sector quite a bit. It can be good for your work and your perspective on the world and the economy. It’s sometimes good to be in a context where you are not maximizing profits,” Mohan says.

Mohan insists that knowledge of both the private sector and governance or public sector is always an advantage in all fields. His father served the Indian Air Force for 16 years in Signals Intelligence, and took part in the India-China war in 1962. “My brother and I grew up thinking we have to have some engagement with what’s going on at a larger level,” he says.

Mohan is the biggest web entertainment CEO in town—Netflix and Amazon have smaller India operations, and newer companies like Voot and ALTBalaji don’t have the variety and resources of Hotstar. The growth in digital media in the last three years has been fast, but it is still a nascent medium in India, and a long way from peaking.

Mohan believes the crucial differentiator is going to be technology. The most important part of his team are the technology people—“right at the top of the hierarchy,” he says. Besides television shows, movies and sports, Hotstar has a premium shows category which streams offerings such as CinePlay—cinematic adaptations of plays, a project started by actor-director Nandita Das and producer Subodh Maskara.

While a Netflix or Amazon original has a certain creative cache—more so after the launch of Netflix’s first Indian original series Sacred Games, which started streaming on 6 July—a platform like Hotstar, which reaches the widest audience, is an advertiser’s dream. There’s no easy way to measure who is watching what in digital media—the equivalent of a TRP rating is the number of views of a particular show or an episode. Being part of the Star Network, with access to channels devoted to movies, sports and all kinds of other programming in several languages, makes it easier for Hotstar to offer up a streaming smorgasboard, giving it a unique advantage.

Mohan’s challenge was to make the experience of watching on a mobile screen interactive, interesting and hassle-free. “In mobile streaming, we are at par with and, in many areas, ahead of, Europe and North America. Here we just leapfrogged from having no access to a phone to having access to a mobile phone. The mobile is the first exposure to the internet for a lot of Indians, and we had the opportunity to build on a streaming experience built for mobile. Mobile is personal, and in single-television households, which is a lot of households in India, a mobile phone screen gives an immersive experience,” he says.

The only show that has got Mohan hooked is Game Of Thrones. Would he want any of the characters dead? “The characters I’ve wanted dead are already dead. But I found relief and validation in the death of two characters: Joffrey Baratheon and The High Sparrow. They affirmed some core beliefs of mine: the former about the generational decay that comes with dynastic succession and the need for restraint on absolute power; and, the latter about the devastating consequences when good intent and conviction evolve to unquestioned fanaticism.”–

Mohan also introduced the Watch’N Play feature, which can be used while watching IPL matches. One can watch cricket and play a game at the same time. When Jio introduces fibre-based broadband, things will look even brighter for online platforms. “Jio has had a dramatic impact in expanding access to mobile broadband in the country. There is no precedent in the world for the speed of the transformation. If Jio can do for fixed-line broadband what it has done on the mobile, and raise the depth and quality of access to the internet, that would be fabulous,” Mohan says.

An original series is not on top of his agenda—in fact, he believes an original series doesn’t necessarily add to a brand’s identity. “If you look at more mature markets like North America, the early years were characterized by accessing the shows that aired on TV. At some point, they started commissioning their own originals. We do see a place for Hotstar originals, but we want to keep away from fads. If there are stories and formats that have not been explored before, then we will do that,” Mohan says. He says he wants even better technology for Hotstar in the coming years.

Tech runs in his family too. Mohan’s brother works at Amazon in Seattle, US. His wife, Radhika Bansal, was a publisher at Harvard Business School Publishing before co-founding an online rental company for women’s designer brands, Swishlist.in. They have a four-year-old son, who, Mohan says, is already abreast of what’s streaming in children’s programming. “We are pretty generous with allowing him time on the iPad. You can’t bring up a child disconnected to the world they are living in,” Mohan says, “but I am at the same time glad that the early halo around tech companies is making way for conversations about how much power a company should have, how much data is okay to take and share. These are important areas to address.”