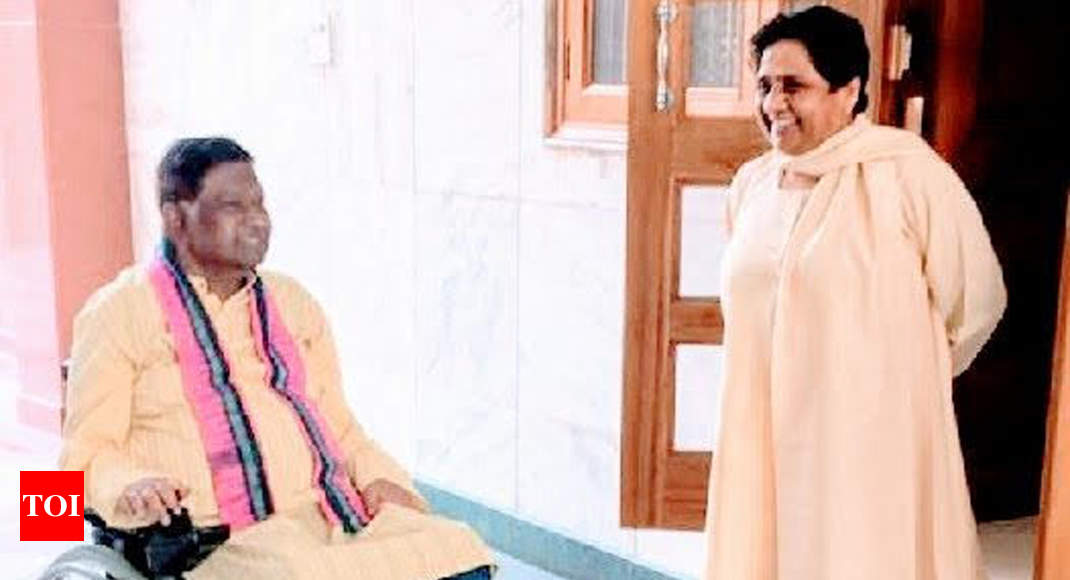 RAIPUR: After recovering from illness, Chhattisgarh Janata Congress founder and former chief minister Ajit Jogi had a meeting with Bahujan Samaj Party (BSP) supremo Mayawati in Delhi on Thursday. He plans to interact with leaders of Communist parties as well, triggering speculation about the new regional party working to form an alliance ahead of the coming elections.

Jogi’s moves comes at a time when the main opposition Congress is gearing up to face the elections aiming to wrest power from the BJP after a span of 15 years amid political speculation that Congress may consider having a tie up with BSP and Gondwana Gantantra Party (GGP) in Madhya Pradesh as well as in Chhattisgarh. However, both the Congress and BSP are now maintaining that as of now no talks were held in this direction.

Jogi’s moves attain significance as the contest between the BJP and the Congress in Chhattisgarh has always been very close to photo finish. The margin of vote share between the BJP and the Congress was less than one per cent during the 2013 assembly polls. Besides with Janata Congress, led by Jogi announcing to enter the fray, a close triangular contest seem to be inevitable.

Describing Jogi’s meeting with BSP supremo as a courtesy call, Janata Congress spokesman Sanjeev Agrawal said both the former chief ministers discussed the political scenario in the states and at national level for about one and a half hour. Janata Congress founder’s legislator son Amit Jogi also present at the meeting.

BSP has its own clout in certain pockets in scheduled caste Satnami community dominated areas in the state’s plains with the party polling about four to five per cent votes in the elections. BSP’s presence in Chhattisgarh dates back to 1984 when party founder Kanshi Ram contested his maiden Lok Sabha polls from the rural constituency of Janjgir during undivided Madhya Pradesh. Kanshi Ram, with his maiden Lok sabha poll, set in motion a new era of political empowerment of Dalits across the country, BSP struggled on its founder’s own turf-a bipolar politics region-during the last three and a half decades.