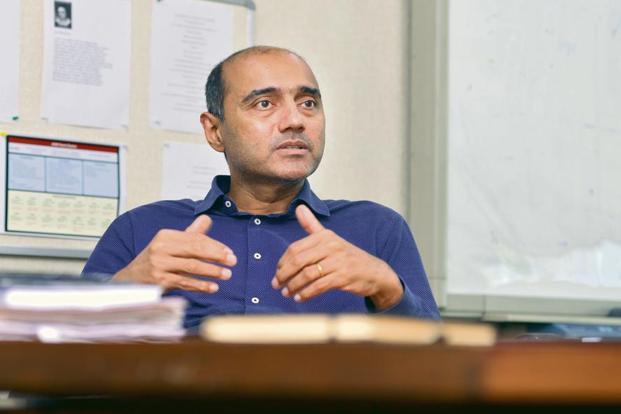 New Delhi: In what could be seen as a transformation rare in businesses, especially one triggered by a rival, Bharti Airtel Ltd is steadily morphing into a technology-led company from being India’s largest telecom operator, a top company executive said.

“Our ambition is to build a digital Airtel…,” Gopal Vittal, chief executive officer of Airtel, said in an interview.

“In addition to being a telecom company, we are asking ourselves what more can we do riding on the infrastructure that we have built. I think there are some logical things you can do on top of the telecom game: financial services, data centres, enterprise, home broadband. And then finally, things that are a little bit out there where the business model is less proven—content—where we are making bets but these are not big bets that are busting the company,” Vittal said.

Airtel’s current move to transform itself comes after it has become imperative to build multiple non-wireless revenue streams—something that rival Reliance Jio Infocomm Ltd already has in its blueprint with the upcoming launch of fibre-to-the-home and aggressive plans to set up data centres and build teams for artificial intelligence and IoT—especially at a time when revenues from the wireless and broadband business are shrinking across the industry.

Reliance Jio, for example, has made a string of acquisitions targeted at the content space. It also sees opportunities in sectors such as healthcare and education sector where offerings can ride on its telecom pipe. Reliance Jio parent Reliance Industries Ltd also plans to use the tech prowess of Reliance Jio to foray into e-commerce, Mint reported on 14 June.

Airtel, too, sees data centres as a big revenue opportunity. It now plans to consolidate 108 MSCs (mobile switching centres, which connect calls by switching digital voice data packets from one network path to another) spread across the country to 12 large data centres, which it believes will make it the largest data centre operation in the country. “We are in the process of construction in Pune, Chennai and in Kolkata and we will have these 12 in the next 18-24 months,” Vittal said.

“We were chasing growth and we were perhaps complying with the letter but not the spirit so we inconvenienced customers when the DBT credits went in without their explicit consent to their bank accounts. We have significantly corrected our systems,” Vittal said.