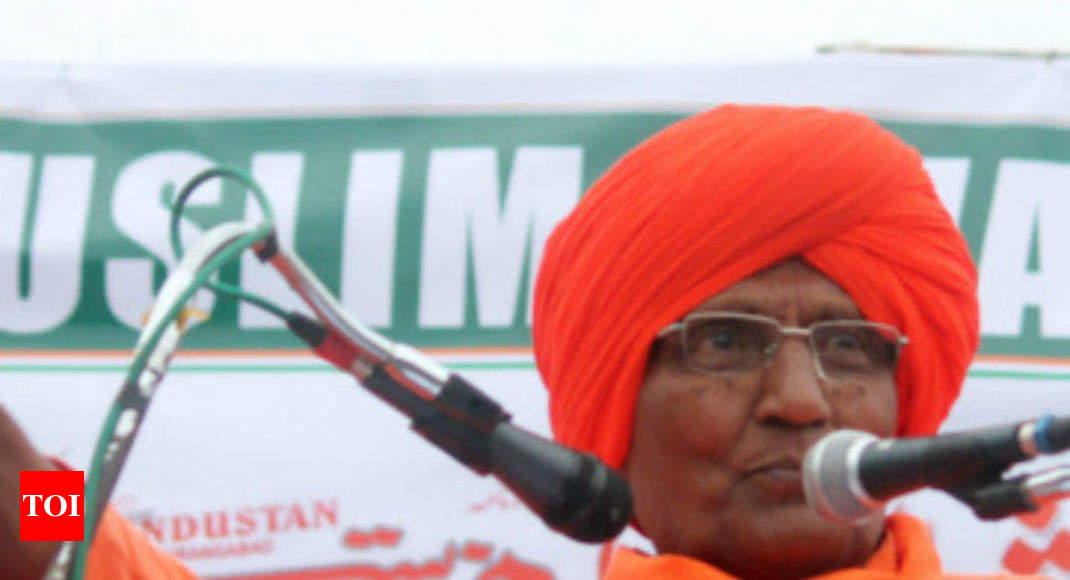 THIRUVANATHAPURAM: Social activist Swami Agnivesh today sought a Supreme Court monitored probe into the recent attack on him, allegedly by BJP activists at Jharkhand and blamed the state and Central governments for the incident.

Swami also refuted the statement of Jharkhand Chief Minister Raghubar Das that the state government had no information about his visit there and reiterated that he had written to the Chief Minister about it on July 2 itself.

Agnivesh also said that the organisers of the programme, which he was to attend, had also informed the district administration.

The 79-year-old Agnivesh was on July 17 slapped, kicked and verbally abused in Jharkhand’s Pakur town by groups allegedly affiliated to the BJP for speaking against Hindus.

Refuting Swami Agnivesh’s claim that the attack on him in Jharkhand last month was “pre-planned”,Chief Minister Raghubar Das had said neither he nor the state authorities had any information about the social activist’s visit to the state.

“Everything was a pre-planned one with the patronage of the Centre and the State governments’, Agnivesh told PTI on the sidelines of a seminar at the Press Club here.

“I blame Prime Minister Narendra Modi for the attack’, he said and demanded a Supreme Court monitored Special Investigation Team to probe the attack.

He said though an FIR had been lodged against eight known persons and 92 unknown persons,none of them had been arrested so far.

“There were 150 persons but not a single person has been arrested till now. They were waiting outside the hotel. Then somebody informed me that a group was planning a protest outside the venue,” he said.

“I said why are they standing outside. Let them come inside and discuss the matter over a cup of tea. If there is anything wrong on my part, i am ready to apologise. But they didn’t listen. They don’t want a discussion and dialogue,” he said.

Later, speaking at the seminar, Agnivesh alleged that secular values and democracy were deliberately being destroyed under the BJP government at the Centre .

Slamming the ‘Hindutva politics’ indulged by BJP in the country, he said Indian values and the Constitution have been destroyed for political gains.

On the cow vigilantes and lynching in the name of cow protection, Agnivesh said that no animal, not even a cow, was more sacred than human life.