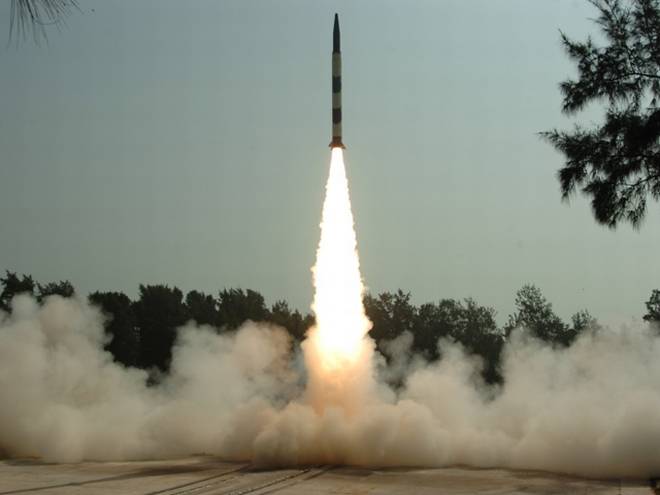 India on Tuesday flight-tested the indigenously developed Agni-I ballistic missile that can carry a nuclear payload as part of a user trial by the Army from a test range off the Odisha coast.

The Strategic Forces Command of the Army conducted the user trial of the 700 km range missile from launch pad-4 of the Integrated Test Range (ITR) at Abdul Kalam Island in Balasore.

It was 18th version of Agni-I, which could achieve all parameters within the stipulated time period, said defence sources.

The missile was inducted into service in 2004, the sources pointed out.

The surface-to-surface, single stage missile, powered by solid propellants, was launched as part of a regular training exercise by the armed forces, said the sources. The trial reconfirmed the Army’s readiness to fire it at short notice.

The missile has a specialised navigation system, which ensures it reaches the target with a high degree of accuracy and precision. It has proved its excellent performance in terms of range and accuracy.

The last trial was successfully conducted on November 22, 2016 from the same base.