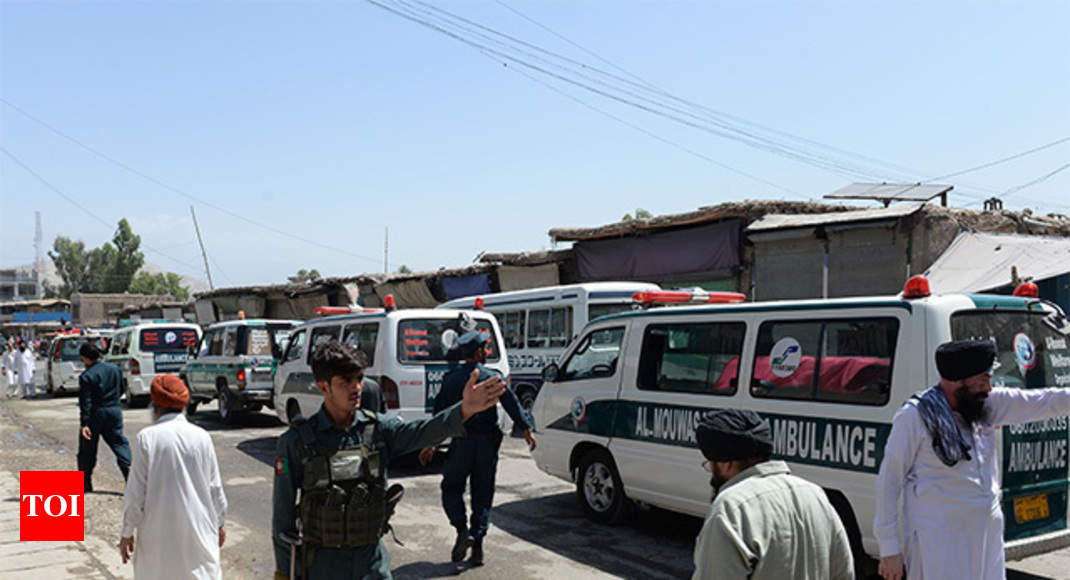 NEW DELHI: A section of the Sikh community in Afghanistan is considering relocating to India after at least 13 of its members were killed in a terrorist attack in Jalalabad on Sunday, but another section wants to stay put, said people aware of the matter.
Some members of the community sought shelter at the Indian consulate in Jalalabad after the attack whose victims included Avtar Singh Khalsa, the only Sikh candidate for the parliamentary elections to be held in October, and Rawail Singh, a prominent community activist.

India’s Ambassador to Afghanistan, Vinay Kumar, had earlier met the group of Sikhs who were targeted on Sunday, and the Indian government is helping organise the last rites of the Sikhs killed in the blast. The Sikh community now numbers fewer than 300 families in Afghanistan, which was home to about 250,000 Sikhs and Hindus before the 1990s.

India has issued long-term visas to members of Afghanistan’s Sikh and Hindu communities and they can stay in India indefinitely. However, some members of the Sikh community do not plan to leave, as they consider Afghanistan home.

India has invested in several development projects in Afghanistan. Seven Indian engineers kidnapped in May in the northern province of Baghlan remain captive.

Under Taliban rule, the minority Sikhs and Hindus in Afghanistan were told to identify themselves by wearing yellow armbands. Af-Pak experts alleged that the Taliban encouraged by Pakistan’s intelligence agency ISI targeted the Sikh community in Afghanistan.

The minority Sikh and Hindu communities in Pakistan remain a frequent target of the Pakistani Taliban.