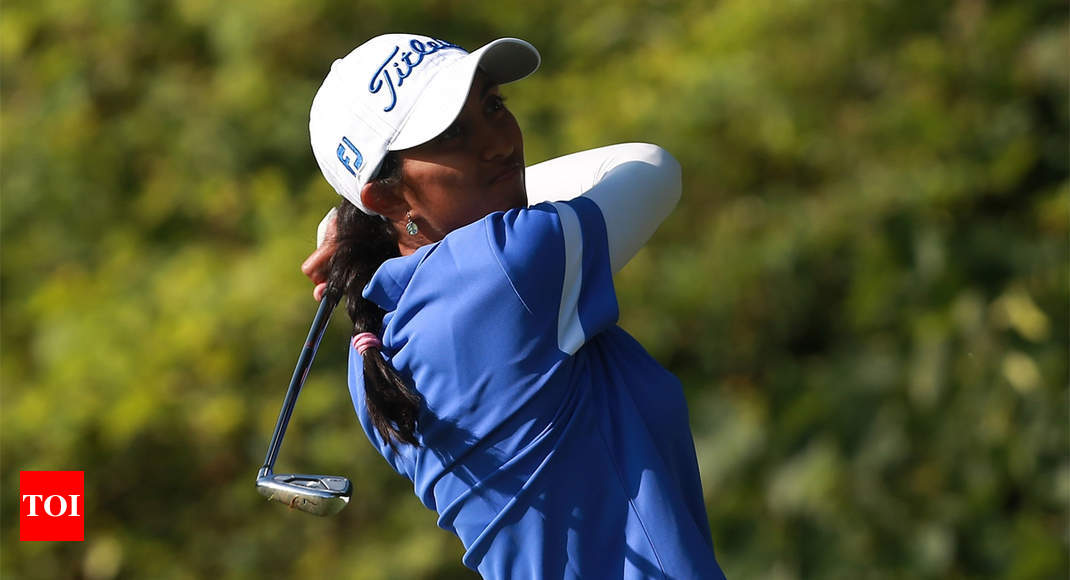 LYTHAM ST ANNES (England): India’s Aditi Ashok continued to battle with links golf but at least managed to overcome one hurdle by making the cut at the Women’s British Open for the first time in three attempts, here.

Aditi, who had missed the cut in previous two British Open appearances and the Scottish Open last year, made the cut at Scottish Open, but finished way down at tied 59th spot.

This week with two successive rounds of even-par 72, she assured weekend action. At even-par for 36 holes, Aditi is now tied 41st.

This week at Lytham, Aditi, a three-time winner on Ladies European Tour, has not found too many fairways, but still battled to 72-72. She had four birdies and four bogeys on the first day and two each on the second.

Meanwhile, Thai Pornanong Phatlum took sole lead with a second successive five-under 67 to get to 10-under. She is one ahead of, Minjee Lee, Mamiko Higa and Georgia Hall.

Phatlum has not dropped a bogey in 36 holes as she took a one-stroke lead in search of her first win on Tour. Rookie Georgia Hall, the JLPGA’s Mamiko Higa and four-time winner Minjee Lee sit one behind at nine-under par.

Phatlum achieved her earlier fame in India at the Hero Women’s Indian Open which she won a record three times in 2008, 2009 and 2012. The first two times it was on Ladies Asian Tour, while the third time it had moved to being a co-sanctioned event with Ladies European Tour.

Phatlum has never finished better than tied seventh in any of her previous 20 Majors and if she wins, she could become the fourth Thai to win on the LPGA this year. Sisters, Ariya Jutanugarn (2) and Moriya Jutanugarn and Thidappa Suwannpura have won once each. Curiously, Thidappa has also won the Hero Women’s Indian Open in 2013.