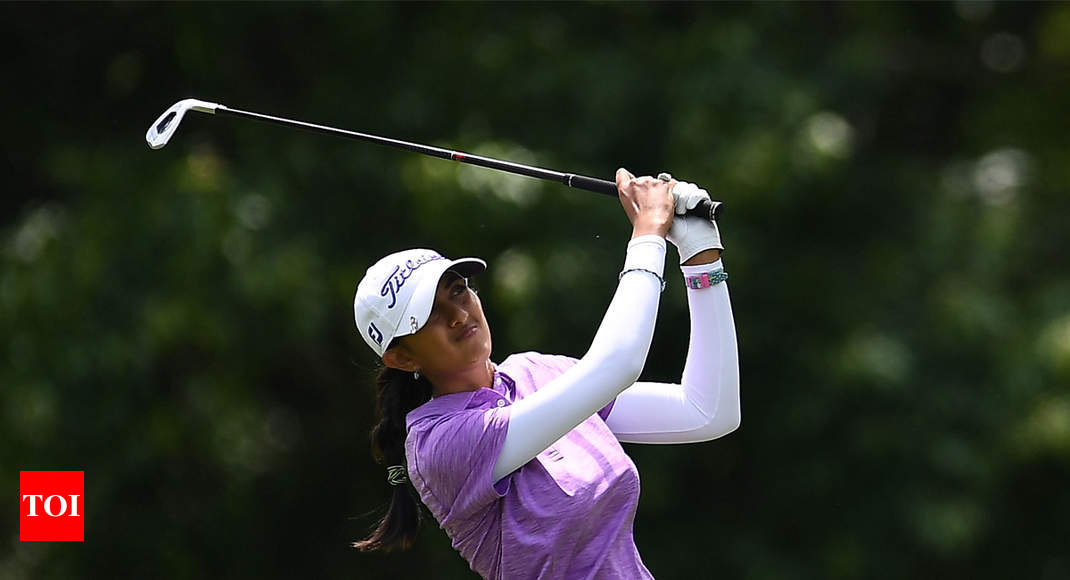 KILDEER (US): Indian golfer Aditi Ashok capped a disappointing week with a one-over 73 for a total of nine-over 297 to finish Tied-63rd at the KPMG Women’s PGA Championships here.

Aditi, who is playing only her second year on the LPGA Tour, had four bogeys, three of them in a row on the back nine from 12th to 14th, and three birdies.

The 20-year-old was playing her second Major of the year and had missed the cut at ANA Inspiration.

Sung Hyun Park, the sixth ranked player in the world, outlasted a three-person playoff, defeating So Yeon Ryu and Nasa Hataoka on the second extra hole to win her second major title and fourth career victory on the LPGA Tour.

Park rolled in birdie putts on both playoff holes, the second one dropping in at the par 4, 16th hole after a 20-minute weather delay.

She cried openly on her caddie David Jones’ shoulder after missing three cuts in her last four starts.

Park recorded the only bogey-free round on Sunday at Kemper Lakes Golf Club, a 3-under par, 69 to force a playoff.

So Yeon Ryu, who held a three-shot lead after three rounds, shot 73 to total 10-under 278 while 19-year-old Nasa Hataoka, beginning the day nine short of the lead, scored a stunning 64 to get into a three-way play-off.

Hataoka was eliminated on the first extra hole as Sung Hyun Park and So Yeon Ryu made birdies and she failed. Then Park beat Ryu in the second play-off hole.