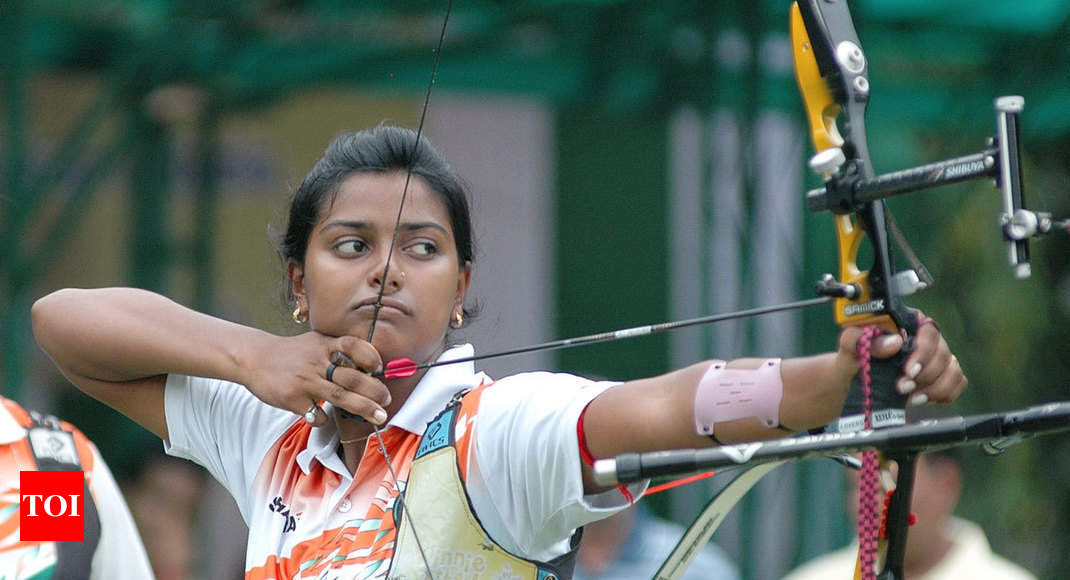 KOLKATA: Her build-up to the Asian Games was affected by a bout of fever but India’s star recurve archer, Deepika Kumari, is now getting ready to erase the bitter memories of the 2014 Incheon Games.

The Indian recurve archers returned empty-handed from the Korean city four years ago.

Down with fever for five days, the Commonwealth Games twin gold medallist’s departure was delayed, with the archery contingent leaving on August 14.

“There’s still weakness and I’m on multi-vitamins. But I’m confident of a good show,” Deepika said, ahead of her departure for the August 18 to September 2 extravaganza.

The fever meant that her practice was hampered but Deepika is buoyed by a World Cup gold medal win in Salt Lake City in June this year – her first individual World Cup gold since 2012.

“I’m beginning to find my rhythm and it has really boosted my confidence for the Asian Games,” the former world number one said. “It’s difficult to predict the number of medals but I can say that we would do better than Incheon and return with medals this time.”

India had won four medals, including one gold, at Incheon four years ago, all of them coming from the compound section.

The women’s team had lost the bronze medal playoff to China.

“There’s no point talking about the past. We have to shoot with a free mind now. Definitely there’s a bit of pressure but it’s about looking at what’s in store,” Deepika, who won a team bronze in Guangzhou Asian Games in 2010, said.

The recurve section will have an added incentive with the addition of mixed pair event, a medal prospect for India.

“We have been doing well in the mixed pair events. It’s about putting our best together on the given day.”

India have never won a gold medal in the recurve section of the Asian Games, something the non-Olympic compound archers had achieved in the team event in Incheon.

“Everyone competes to win a gold. I can’t say we will return with a gold. But if everything goes off well, you never know,” the 24-year-old said.

The recurve event has been going through a slump since 2010, especially the men’s event. Before that, they had won five World Cup gold from 2008 to 2010 on the way to becoming the world No. 1 in September 2010.

But as the medals dried up, they slipped to number 12 in rankings, and the Archery Association of India is finding it difficult to find a set combination.

“It seems luck is not going our way. There have been several factors. The juniors are coming in, (so) we need some time for them to get experience,” Deepika, whose ranking has slipped to No. 7, said.

“It’s not that we lack talented archers, but we have to give them (youngsters) some time.”

A three-time World Cup Final silver medallist, Deepika has once again qualified for the coveted Final scheduled in Samsun, Turkey, in September this year.

“Yes, I’ve lost the gold medal thrice. It’s painful but at the moment my focus is on the Asian Games,” she concluded.