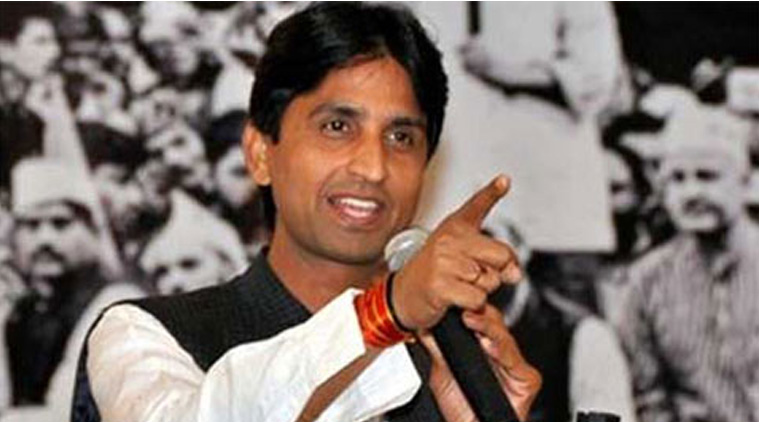 The Aam Aadmi Party nominated Sanjay Singh, Sushil Gupta and ND Gupta as its Rajya Sabha nominees on Wednesday, with disgruntled AAP leader Kumar Vishwas saying he has been “punished” for speaking the truth.

The decision was announced after a meeting of the political affairs committee (PAC), the party’s highest decision-making body, called by AAP’s national convener and Delhi chief minister Arvind Kejriwal. A meeting of party MLAs was also held before the PAC meet.

“After deliberations over eight names in the PAC, we have decided to nominate party leader Sanjay Singh, former president of ICAI, Narain Dass Gupta and social worker, Sushil Gupta for Rajya Sabha,” said deputy CM and PAC member Manish Sisodia. He said eight of the nine PAC members who attended the meeting agreed on all three names while one member agreed on two.

Soon after the AAP’s announcement, Vishwas, who was angling for an RS nomination, attacked Kejriwal. He said it was difficult to survive in the the party if one disagreed with Kejriwal.

The elections for three Rajya Sabha members from Delhi are scheduled for January 16 as terms of the incumbent members, Dr Karan Singh, Janardan Dwivedi and Parvez Hashmi — all from the Congress — expire on January 27.The ruling AAP which has an overwhelming majority of 66 members in the 70-member Delhi Assembly, is set to win all the three seats.