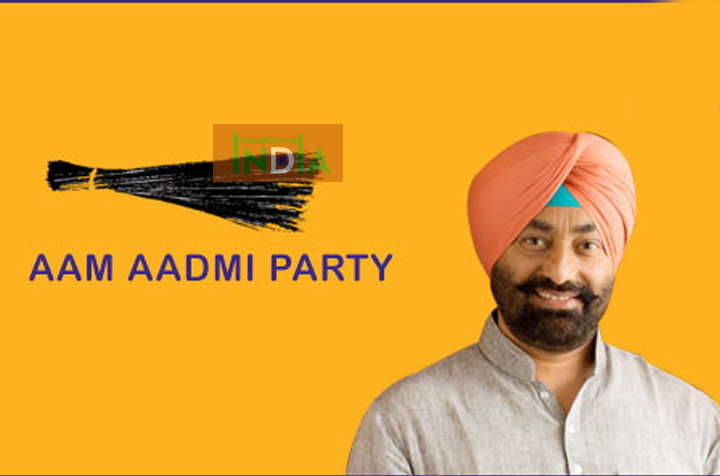 As AAP leader Sukhpal Singh Khaira tried to put up a “show of strength” by holding a mega rally in Bhatinda, the Arvind Kejriwal‘s party in Punjab alleged that the event was sponsored by Akali Dal-BJP and former ally Lok Insaf Party.

With ousted Leader of Opposition Sukhpal Singh Khaira remaining defiant over holding a meet of Aam Aadmi Party (AAP) leaders and workers in Bathinda on Thursday, the Punjab unit of the AAP could well be headed for a split. Senior AAP leader and Punjab in-charge Manish Sisodia have already issued a warning to AAP legislators in the state and other leaders to stay away from the AAP convention called by Khaira and his group in Bathinda. Even though Sisodia and the AAP central leadership is unwilling to say that disciplinary action would be taken against legislators and other leaders attending the Bathinda meet, sources in the party said on Tuesday that strict action could follow.

“By terming our August 2 meet as anti-party activity Sisodia has vindicated our charge of dictatorial attitude if we Punjabis cannot hold a simple meeting on our soil then how will we safeguard the interests of Punjab? “The AAP meet at Bathinda will settle the issue for once and all,” a defiant Khaira tweeted on Tuesday. “I urge all the brave Punjabis to attend our AAP Convention at Bathinda… at Woods Resort Dabbwali road to espouse the cause of our state,” Khaira added. Khaira was removed as Leader of Opposition (LoP) by the AAP central leadership last week, leading to an internal upheaval within the party’s legislators.

The AAP emerged as the main opposition in Punjab in the March 2017 assembly election, winning 20 seats in the 117-member assembly. This was the party’s first outing in the assembly polls and it was able to relegate the formidable Shiromani Akali Dal-BJP alliance, which ruled Punjab for 10 years (2007-2017) to the third position. Khaira, who paraded eight legislators in his support here last week, went to Delhi to meet Sisodia and object to his removal as LoP but their demand was rejected by the AAP central leadership.

AAP legislator Kunwar Sandhu, a former journalist, and party spokesman tweeted after the meeting with Sisodia: “Our @AAPPunjab in-charge, Manish Sisodiaji explained that they wanted a Dalit face as LoP. “We said that instead of derailing the proactive LoP functioning, we should have a Dalit leader as president of the state unit. Besides, we have our capable colleague as deputy leader.”

“Under the leadership of Sukhpal Khaira, eight of us MLAs met Manish Sisodiaji, gave him our insight into feelings of people. Five more MLAs joined us. “We reasoned that since LoP change was unnecessary and process not followed, it should be taken back,” Sandhu said.

The AAP’s Patiala MP Dharamvira Gandhi, who continues to be under suspension from the party for over two years, on Tuesday demanded autonomy for the AAP Punjab unit from the party’s central leadership. If the AAP legislators split and form a separate group, the party will lose its position as the main opposition in the state assembly. In that case, the SAD will emerge as the second largest party with 14 legislators.