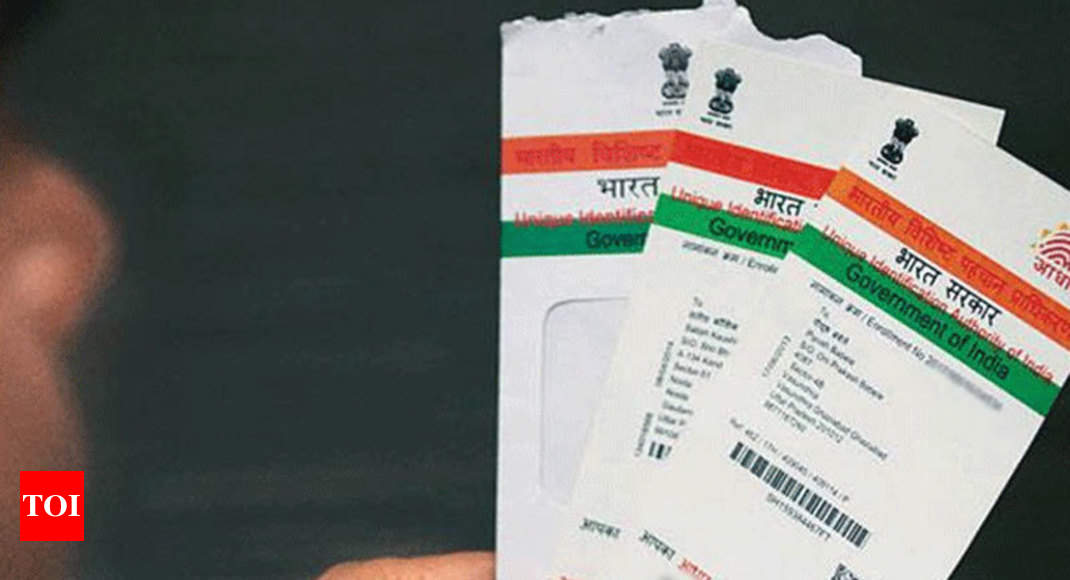 NEW DELHI: After Trai chief’s Aadhaar dare ignited a debate on public display of the 12-digit number, the UIDAI is planning a user outreach to sensitise people about the dos and don’ts of sharing their biometric identifier.

The Unique Identification Authority of India (UIDAI) intends to equate the Aadhaar number with other personal information (such as PAN, bank account and credit card number) to caution users against placing their personal details in the public domain, particularly on digital platforms like Twitter and Facebook so as to avoid “unwarranted invasion attempt” on privacy.

“It is necessary to inform people that they should use Aadhaar freely, without fear, and a detailed FAQ (frequently asked questions) will be issued in this regard,” Ajay Bhushan Pandey, CEO of UIDAI, told PTI.

The FAQ will address nearly half a dozen queries related to the issue that has been hotly-debated over the past fortnight ever since Trai Chairman RS Sharma tweeted his Aadhaar number and dared netizens to show how mere knowledge of the ID can cause him ‘real harm’.

The queries include whether Aadhaar can be used freely in the backdrop of UIDAI’s recent advisory to people not to put their 12-digit number on public display.

At the same time, UIDAI has said that Aadhaar should be given freely for proving one’s identity and for transaction purpose, just like one gives bank account or other details for a specific purpose.

UIDAI’s proposed FAQs argue that mere knowledge of Aadhaar cannot harm an individual or be misused for impersonation, as it is fortified with additional security layers like biometrics and OTP (one time password) authentication, making it more secure than other identity documents.

The nodal body will also tackle other queries including whether a bank account can be opened or money withdrawn in a fraudulent manner by merely knowing someone’s Aadhaar number.

UIDAI has also outlined the responsibilities of banks and other user organisations in carrying out the required checks and due diligence in this regard.

The public outreach plan comes just days after Sharma had a stand-off with critics of Aadhaar when he disclosed his unique ID number on microblogging site Twitter and challenged people to show how mere knowledge of the number could be used to harm him.

An ardent supporter of the Aadhaar programme and a former director general of UIDAI, Sharma’s move had caused a social media flutter and an avalanche of tweets ensued in the aftermath of the episode.

Some users claimed to have got access to Sharma’s bank account number and email, although the Trai chief had refuted such claims, saying they were untrue.

With social media on the boil, the UIDAI on July 31 asked people not to share their 12-digit identifier on the internet and social media, or pose such challenges to others.