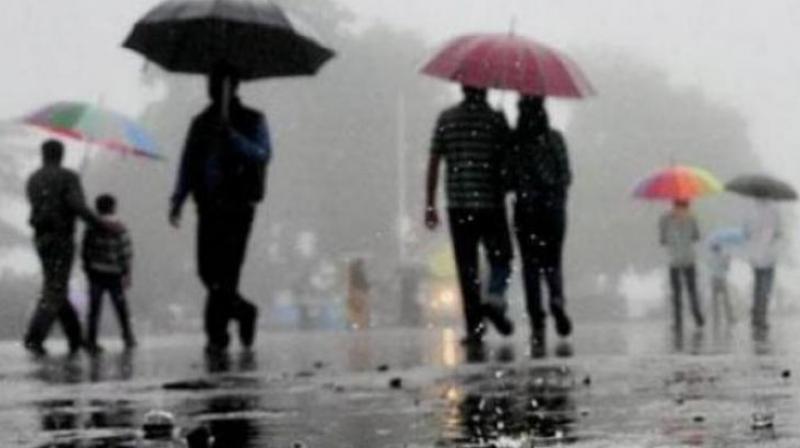 Hyderabad: The Indian Meteorological Department, New Delhi has issued a five-day rainfall forecast for Telangana and Andhra Pradesh, starting from May 31.  The state of Telangana will experience rainfall in isolated pockets on June 1 which will increase in intensity on June 2 and 3 with moderate to heavy rainfall. On June 4, rainfall will be less intense but fairly widespread.

While coastal AP is likely to receive rainfall in isolated zones on June 2, heavy rains will occur on June 3 across many stations and the intensity will reduce by June 4. But across districts in Rayalseema widespread rainfall is forecast on June 3 and 4.

The five-day rainfall forecast for the two states is a result of the north-south trough passing from central parts of Madhya Pradesh to Telangana across east Vidarbha. Conditions are likely to become favourable for further advance of the southwest monsoon into more parts of the southern peninsula around June 3, with the likely development of favourable conditions leading to increase of rainfall over interior Tamil Nadu, Andhra Pradesh and Telangana.