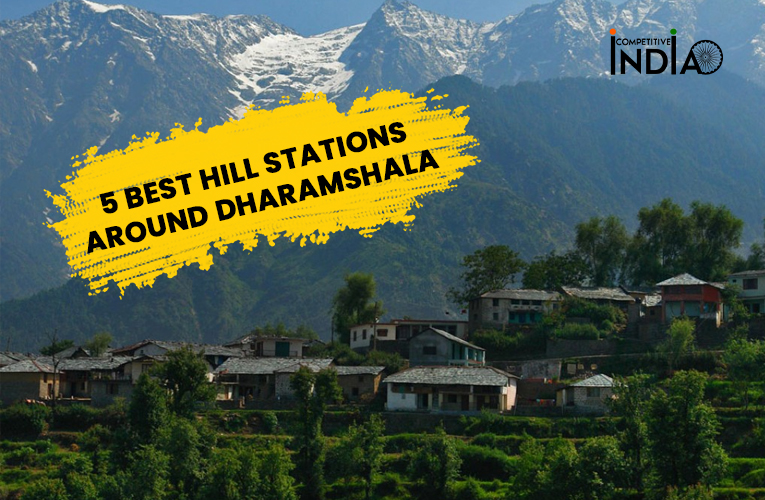 Dharamshala : The Jewel of Kangra Valley

Dharamshala is located in the state of Himachal Pradesh and it is famous internationally. The reason for its international fame is because the exiled Tibetan leader, His Holiness Dalai Lama lives here. Also, many Tibetan scholars, artists, students, and families have taken refuge in this beautiful town.

Dharamshala is considered the second capital of Himachal Pradesh after Shimla. Recently, after being declared as the upcoming ‘Smart City’, the city of Dharamshala has a lot going on towards its development. The city has tremendous tourism potential with various communities living here that adds to the diverse culture of this beautiful travel destination. Dharamshala has become one of the most sought after destinations in Himachal Pradesh for tourism.

Travelers from northern parts of India such as Punjab, Delhi, and Haryana visit Dharamshala for short and long-term vacations. Dharamshala also spelled as ‘Dharamsala’ by international tourists, has gained tremendous popularity in the past 10 years. The city has developed significantly and the areas near Dharamshala have also opened up to tourists. This made Dharamshala an essential part of all Himachal tour packages.

The area of Dharamshala is uniquely diverse with people who belong to various communities living here. These communities include local Himachali people, the nomadic Gaddis, The Tibetans, Nepalis, and small communities from Rajasthan and Punjab. This all adds to the diversity of this place. It can be observed through many forms of art, food, and cultural events that happen here. The most popular Himachal travel packages mention Dharamshala as one of the most beautiful hill stations in Himachal Pradesh.

There are several tourist attractions available in Dharamshala to enjoy. These include some Tibetan Buddhist places such as Gyoto Monastery in Sidhbari, The Dalai Lama Temple, and The Tibetan Library. TIPA (Tibetan Institute of Performing Arts) and Norbulingka Institute are the most famous places to explore Tibetan art and culture. It is also home to an International Cricket Stadium which is one of the most beautiful stadiums in the world.

People from all over the world visit Dharamshala to learn many forms of Tibetan Buddhism ranging from language studies to Spiritual practices. These courses are not easily found in the popular Himachal travel packages offered by travel agencies. Sometimes, you have to look for these opportunities on your own.

Nestled in the lap of the majestic Dhauladhar mountain range, Dharamshala is full of beautiful forest areas with conifer and deodar trees. There are two parts to this city which include the lower Dharamsala area and the upper area. The spiritual vibe of Dharamshala can be felt as soon as you reach here.

This internationally famous hill station is particularly known for being the place of residence for His Holiness Dalai Lama. Mcleodganj is one of the most famous destinations included in all Himachal tour packages.

The town has a rich culture along with a spiritual vibe to it. It is quite common to see red-robed monks walking along the street of Mcleodganj. Popularly known as Little Lhasa this town became home to the Tibetan refugee community when Dalai Lama was exiled from Tibet by the Chinese government.

Mcleodganj is one of the top hill stations near Dharamshala which is worth visiting at least once in your lifetime. Tourists visiting Mcleodganj have a huge variety of food options to taste. This includes the traditional Himachali cuisine, Tibetan food, Punjabi, and various international cuisines such as Italian and Israeli foods. Eating out is an adventure on its own in this culturally diverse town.

There are many tourist attractions near Mcleodganj that are worth exploring. These attractions include many spiritual sites such as Tushita Meditation center and OshoNisarga Ashram. There are various Tibetan monasteries to visit that are easily accessible by road as well.

Walking through the streets of Mcleodganj, you can find a bustling flea

market selling various Tibetan souvenirs, art, and handicrafts. If you are planning to visit Dharamshala, Mcleodganj is a must-visit places near Dharamshala.

This small hill-station is only a couple of kilometers above the town of Mcleodganj. Although Dharamkot & Bhagsu are considered as two different areas recently they developed so much that they are almost one now.

This twin hill-station is particularly popular among Israeli tourists and other international travelers. Dharamkot in particular is famous for the many cafés and restaurants with many cuisines to explore. It is also known for Tushita Meditation Centre and the Vipassana Meditation center which attract people from all over the world.

Dharamkot is also popular due to its many musical events that are held here regularly. This village has a very laid back atmosphere and is ideal for people seeking a relaxed short vacation. This village is one of the most charming hill stations near Dharamshala.

Bhagsu is famous for its waterfall and different shops selling souvenirs. This area is mostly visited by Indian tourists and during the summer season, it is most visited by travelers who are also exploring Mcleodganj. It is just a 30-minute hike from the main square of Mcleodganj.

Triund is more of a trekking destination rather than a hill-station. But it is known as a famous destination for trekking enthusiasts. This peak is located beyond the village of Dharamkot and is around 12 kilometers away from Dharamkot.

To experience a little bit of adventure this day-trek destination is quite popular among the tourists. However, upon reaching the peak of Triund Hill, you can only find a few cafés and a couple of guest houses. The area comes under the administration of the Forest department.

In the past 10 years, Triund has seen a drastic increase in the number of people trekking to the top. Trekking to Triund has become one of the adventure activities in Himachal Pradesh.

Triund’s trek is good for both experienced and novice trekkers and can be reached in about 5-8 hours. It is one of the must-visit hill stations near Dharamshala.

In the past year, Triund’s environment suffered due to excessive tourism. Because of this, the administration banned all the camping activities on the top. People have become more aware of maintaining cleanliness and preserving this destination. Due to the camping ban, people were not allowed to stay on the top overnight. In the coming months, new tourism regulations will be announced where certain rules will be laid out for all trekkers.

Bir is one of the most famous destinations known for Paragliding. It is located 65 kilometers away from Dharamshala city. This hill station is not only famous for Paragliding but also for its natural beauty and the Tibetan Buddhist monasteries.

Most tourists visit Bir with an intention to experience Paragliding here. Due to the International Paragliding World Cup event, Paragliding has become one of the major adventure activities in Himachal Pradesh.

Many eco-tourism related initiatives are being taken to preserve the natural beauty of Bir. The popular destination of Deer Park and Dharmalaya Institute are some of the destinations promoting Eco-tourism in Bir.

You can also find various unique varieties of tea which is grown here and Bir Tea Factory is one of the attractions here. Many Buddhist monasteries and schools are available for tourists who wish to learn about Tibetan Buddhism.

The beautiful hill station of Chamba is blessed with heavenly scenic beauty and a rich land full of flora and fauna. Chamba is around 155 kilometers away from Dharamshala, but it can be easily reached by road and by train.

Chamba is rich in Himachali Culture and is known to be one of the top hill stations near Dharamshala.Chamba is still considered a village by many people because of the unique blend of its cultural traditions and rituals. Many ancient temples with rich folklore and mythology exist in the Chamba district. For the tourists, this hill station is a unique destination on its own.

Travelers visiting Chamba have an opportunity to learn more about the people and their culture by experiencing their traditional festivals and ‘Mela’ (Festive Fairs). The most popular festival of ‘Minjar’ brings in people from all over Himachal. You can find handmade sculptors, art, and souvenirs that are unique to this region of Himachal Pradesh.

Chamba’s beauty is indescribable in words. People living in Chamba have tremendous respect for the natural environment. They have a belief that gods and goddesses live in this region and protect them from natural calamities. The traditions and lifestyle of villages are intricately woven together with their religious beliefs.

If you are planning to visit Dharamshala, do consider the hill stations nearby that are worth exploring. Dharamshala will continue to develop more and more tourism activities and attractions in the coming years. This is due to many undergoing projects by the government to promote tourism after the COVID-19 situation.

Dharamshala has also seen a significant increase in the people coming from the cities and settling down here. This has resulted in various entrepreneurial initiatives being taken by such individuals. Some of these initiatives involve waste management, mountain cleaning, and building tourism businesses.

Dharamshala is the most sought after destination in Himachal Pradesh because of its rapid development and expansion of tourism.

Rahul Arora likes to explore by interacting with people and learning about their culture and traditions. Travel freak and a die-hard foodie are the synonyms that define him the best. He loves to explore new terrains in a different corner of the world. He believes in the idea of ‘Live and let live’.