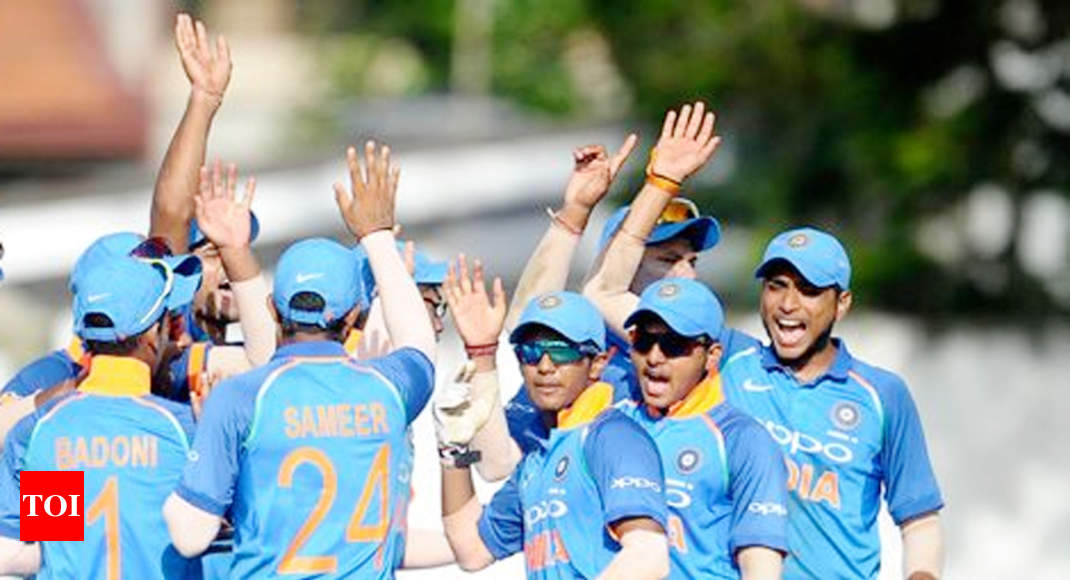 MORATUWA (Sri Lanka): Spinners Ayush Badoni and Harsh Tyagi shared six wickets after a collective batting show by the visitors as India Under-19 team mauled Sri Lanka U-19 by a comprehensive 135-run margin in the fourth Youth ODI to level the series 2-2 on Tuesday.

Electing to bat, the Indian batsmen put on board a decent 278 for six with Devdutt Padikkal (71), skipper Aryan Juyal (60) and Yash Rathod (56) scoring half-centuries.

After early fall of Atharwa Taide (20), Padikkal and Pawan Shah (36) added 74 runs for the second wicket before Sandun Mendis broke the stand by scalping the latter.

The following batsmen used the platform to post the highest score of the series.

India then bowled out the hosts for 143 in 37.2 overs with off-spinner Badoni taking three wickets for just 35 runs and left-arm spinner Tyagi also accounting for three Sri Lankan batsmen.

The decisive fifth ODI will be played on Thursday at the same venue.