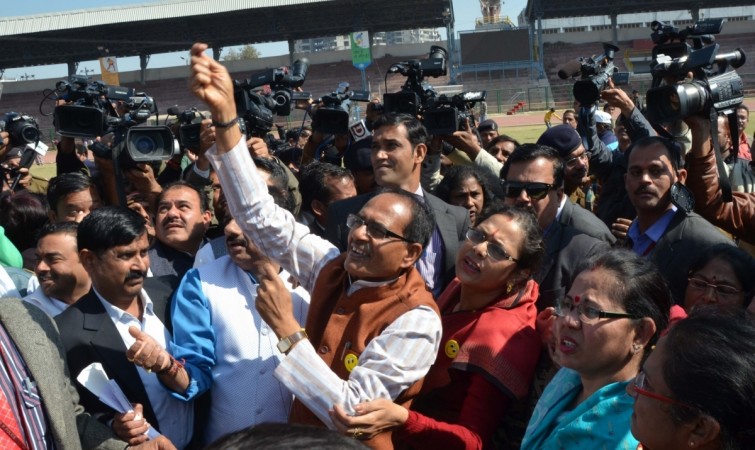 The Madhya Pradesh police is on high alert following a call for a large-scale farmers’ agitation from June 1-10. The government has beefed up security and deployed 89 paramilitary units and 5,000 cops to maintain law and order after the Rashtriya Kisan Mahasangh, an umbrella body, called for a state-wide ten-day farmer “non-cooperation” protest. The agitation is likely to have a huge impact on 12 districts of western Madhya Pradesh.

The farmers’ agitation will gain significance as Congress president Rahul Gandhi would be visiting Mandsaur on June 6 to observe the death anniversary of the six farmers who were killed in police firing last year during a similar agitation. Anticipating a mass movement, the state government has suspended leave for all policemen and district administration officials across Madhya Pradesh.

In view of the agitation that had taken a violent turn last year, all the 51 district administrations in Madhya Pradesh have been asked to prepare for the protest. The police have procured about 10,000 lathis, helmets and chest guards ahead of the farmers’ protest.

In a high-level meeting last week, Madhya Pradesh Chief Minister Shivraj Singh Chouhan asked the officials to ensure that law and order is not disturbed. He asked the police not to act in haste and resort to extreme steps like firing. Shivraj Singh Chouhan asked officers to keep communication alive to ensure that no untoward incidents occur. He further instructed the administration to ensure that shade, water and lemon juice are made available in the mandis where farmers come to sell their produce. The police is reportedly keeping a strict vigil on farmer activities to look out for any miscreants who may try to take advantage of the situation and cause unrest. The Bhopal-Indore highway, where several passenger buses were burnt during last year’s agitation, is also being monitored.

During the ten-day protest, the farmers will observe a ‘village shutdown’ or ‘farmer holiday’ and will stop the supply of milk, vegetables and other farm produces. They would stay in their own villages during the ‘non-cooperation’ and not venture elsewhere to protest.

Madhya Pradesh Chief Minister Shivraj Singh Chouhan on Tuesday lashed out at the Congress saying that the party is trying to take advantage of the farmer crisis.

“No state has been as successful as ours in working for farmers. Congress is doing such things as they want to disrupt peace in Madhya Pradesh,” Chouhan told ANI, on being asked about reports of villagers in Mandsaur being asked to sign a bond to maintain peace.

Earlier, reports emerged that villagers in Madhya Pradesh were asked to sign a bond to maintain peace ahead of the first anniversary of Mandsaur farmers’ protest that claimed lives of five protestors.

To mark protest against last year’s violence, various farmer organisations across India have called for “Gaon bandh” from June 1-10 during which no farm produce would be allowed to be transported outside villages.

Chouhan also accused Congress of not doing anything for the farmers and using this opportunity as there are elections in 2018.

“Congress has never done anything for the farmers they have never bought a single thing from the farmers. It is only because of the elections that they are protesting,” he added.