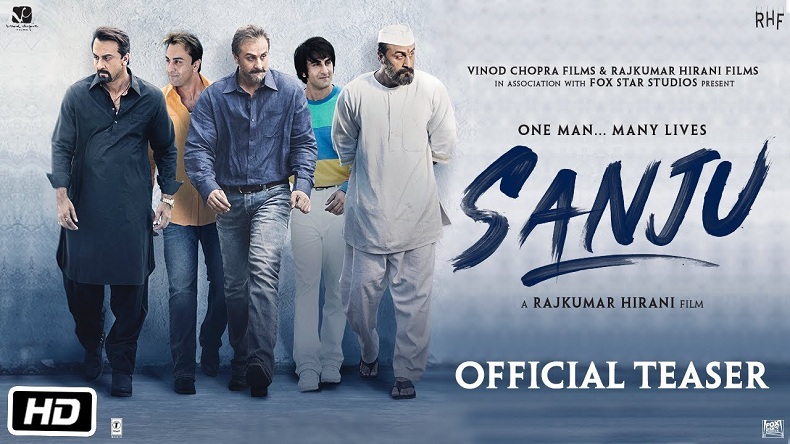 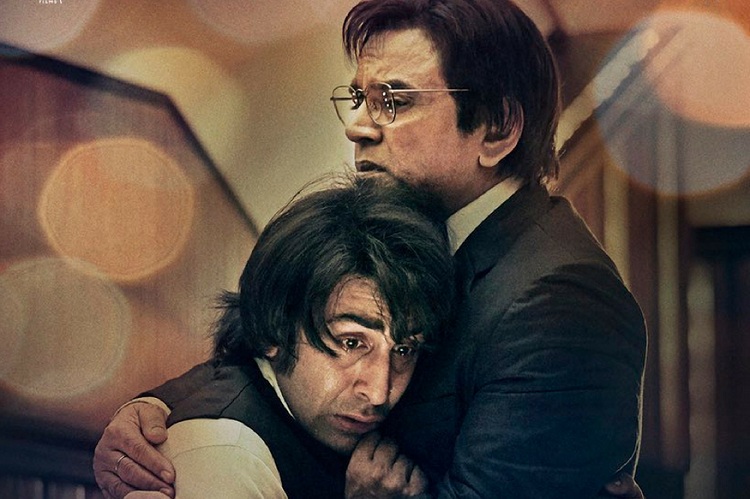 FINALLY! The wait is over and the much anticipated Sanju trailer is out. The trailer of the Sanjay Dutt biopic that stars Ranbir Kapoor as the protagonist, has not just met with the expectations of the fans, but surpassed them at several levels. We just have one word for the Sanju trailer and that is MIND-BLASTING!

The makers of Sanju unveiled its trailer on Wednesday in the presence of the film’s cast and crew. The trailer begins with Ranbir (who plays Sanjay Dutt) who greets the ‘Ladies and Gentlemen’ and explains (in the signature Dutt style) why the day is of prime happiness for him. It’s because his autobiography is being unveiled for the masses.

We are then transported to the day when Dutt walked out of the Yerwada jail as a free man.  From then, we’re taken into a flashback in which we see glimpses of the ‘variety wala life’ of Sanjay Dutt. “Main bewda hoon, tharki hoon, drug addict hoon, sab hoon, leikn terrorist nahi hoon,”says Ranbir guised perfectly as Dutt.

From possession of an AK 56, why and how he became a drug addict, the number of women he’s slept with apart from his wife (And that is 308 women to the best of his memory), friendship, underworld connections, tryst with the press, allegations of being a terrorist, trying times in the jail, declining career in the movies, personal loss, sorrow, his uprising and everything else in between and much more than that – you name it and you’ll find flashes of the same in the Sanju trailer.

Revealing anything more in writing, will be undermining the impression that the trailer leaves on you when you watch it for the first time. Roght from the first frame till the last, it’s a Ranbir Kapoor show all the way. A stunning ensemble cast of Anushka Sharma, Sonam Kapoor, Manisha Koirala, Paresh Rawal, Vicky Kaushal, Dia Mirza, Boman Irani, Jim Sarbh among others too make appearances in the trailer, but it is Ranbir who towers above them all and how! The actor has managed to live, breathe and become the skin of Sanjay Dutt and we do feel that none other could have possibly done it the way Ranbir has nailed it in the film.

There are scenes which will leave you speechless and disturbed at the same time. Like the one in which Ranbir is in his prison cell and the toilet area starts overflowing, or the brilliant sequence where a high Ranbir puts the commode seat around Sonam Kapoor’s neck when she asks him for her mangalsutra – INEXPLICABLE!

If the trailer is anything to go by, the way Rajkumar Hirani has captured the many lives and journey of Sanjay Dutt, looks unbelievable. This is definitely, the BEST that we’ve seen in a trailer so far this year. Trust Hirani to bring out the best from his actors and present it in an equally amazing way to the viewers, and he never disappoints.

Continuing in the same curiously irreverent and light-hearted tone from its teaser trailer a few weeks ago, Sanju dropped its first full length trailer just now and at first viewing, we admit it looks positively arresting (pun totally intended).

Rajkumar Hirani’s highly anticipated biopic on Sanjay Dutt, starring Ranbir Kapoor as the troubled Bollywood icon, has been generating all manner of buzz since the news of its making first came out, and mostly for all the right reasons. Hirani’s Munna Bhai franchise, starring Sanju himself, is largely credited with reviving Dutt’s flagging career, following a string of flop films and legal troubles, which had been assailing the actor for several years. So it’s no wonder that Hirani seemed the ideal man to make a film on Dutt’s many rises, falls and returns to grace.