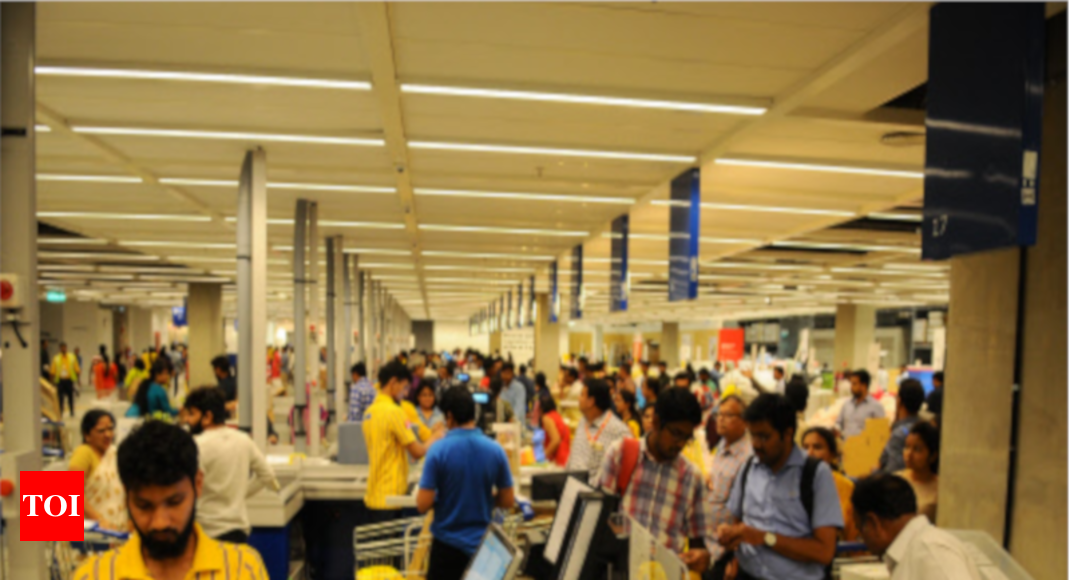 HYDERABAD: Neither a downpour nor traffic snarls could deter curious Hyderabadi shoppers on Thursday from flooding Ikea’s first India store, with around 40,000 customers trooping in on the opening day.

The footfalls may have started with a trickle on day one. But it soon turned into a torrent as the day progressed, continuing on day two as well. Shoppers swarmed the Swedish retail giant’s outlet on Friday to get a touch and feel of what lies in store inside the 4-lakh-sqft building.

Though Ikea refused to divulge the total sales it clocked on debut day, sources said the Swedish retailer rang up a little over Rs 1 crore, which is learnt to be nearly a third of what it had estimated.

Ikea India deputy country manager Patrik Antoni said, “We have managed to attract all kinds of people as that is exactly what we would like to do…Anybody who has a need at home must come to Ikea.” Antoni, who has witnessed Ikea’s store openings in Russia and Portugal, felt Indian customers were more curious and were seen examining products carefully. Needless to say, people warmed up to Ikea’s mattresses the most, making bedding solutions the largest-selling category followed by children items, with living-room seating solutions at the third spot.

Interestingly, Ikea has already signed up nearly 1.7 lakh members in India, of which about 1.5 lakh alone are from Hyderabad, including 8,896 that were signed up on August 9, Ikea officials said. With the Swedish retailer gaining some more insights into the requirements of the Indian consumer, on day two it pressed more co-workers into service to guide shoppers. “As the store is very huge, some were confused as to where to go … So today we have more co-workers to help people … to get them to move in the right direction,” Antoni explained.