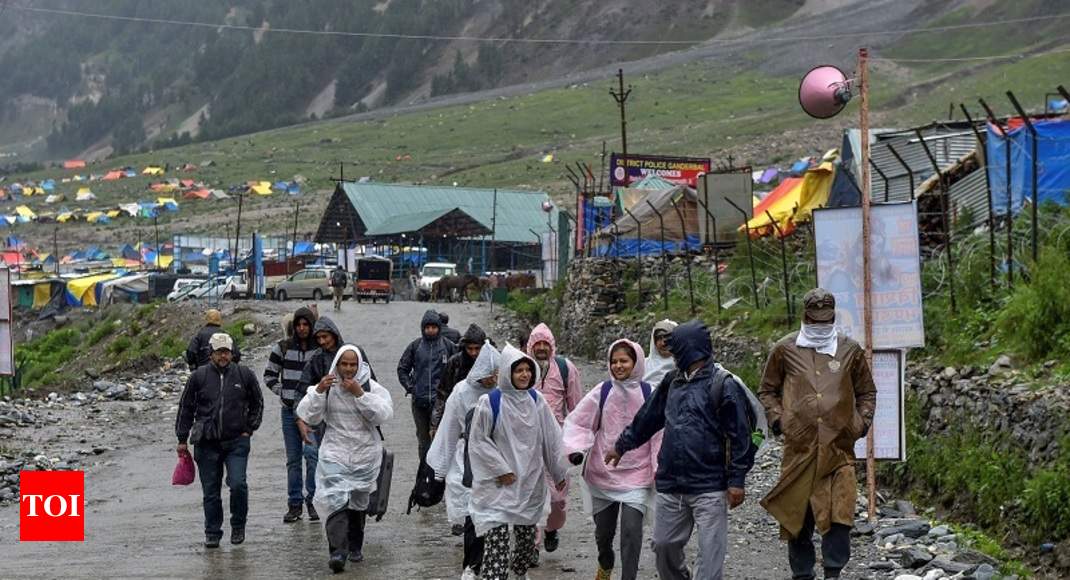 JAMMU: A fresh batch of 346 pilgrims left the Bhagwati Nagar base camp here today for the holy cave shrine in the south Kashmir Himalayas, a police official said.

The yatra commenced from the twin routes of Baltal in Ganderbal and Pahalgam in Anantnag district on June 28. So far, over 2.75 lakh pilgrims had paid their obeisance at the cave shrine.

Yesterday, 659 pilgrims paid obeisance at the holy cave, the official said, adding that till date 2,75,125 pilgrims have had darshan.

The yatra is scheduled to conclude on August 26 coinciding with the Raksha Bandhan festival.