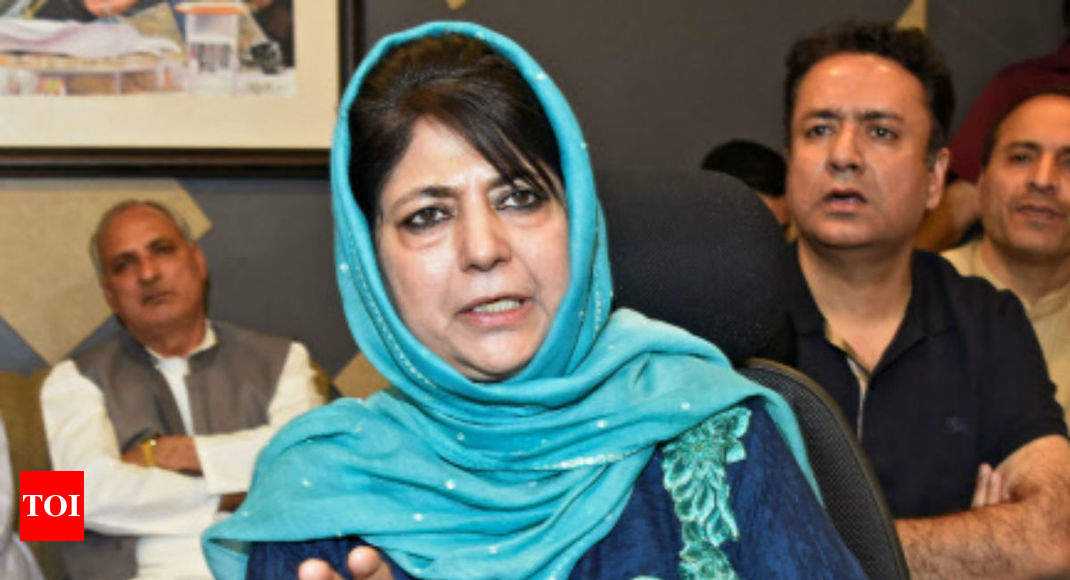 SRINAGAR: Less than a fortnight after the Mehbooba Mufti government fell in Jammu and Kashmir, the People’s Democratic Party (PDP) chief faced another crisis on Monday when three of her MLAs said they were quitting the party.

Leading the revolt against Mehbooba, Imran Raza Ansari, who was a minister in her government, called her “incompetent” and accused her of nepotism. A day earlier, Raza’s uncle and PDP MLA from Zadibal constituency, Abid Ansari, made similar charges against the former CM at a public meeting.

The Ansaris got a backing from Gulmarg MLA Mohammad Abbas, who announced that he was quitting the party “as it has been hijacked by a few leaders which is unacceptable”.

Speaking to TOI, Raza Ansari, who is a prominent Shia leader in Kashmir with considerable influence in five assembly seats, said: “Her incompetence led to the collapse of her dispensation. Mehbooba not only failed the PDP, but also knocked down the hopes and the dreams of her father Mufti Mohammad Sayeed.”

Interestingly, Ansari backed BJP wholeheartedly and said it was because of its “endeavour” that a huge chunk of money was released for various developmental activities in the state.

Ansari likened the Mehbooba government to a “family opera” where her brothers, uncles and aunts had a role to play.

The former higher education and IT minister said he has decided to quit PDP as continuing with the party is a “humiliation”. He said he has conveyed his decision to Mehbooba.