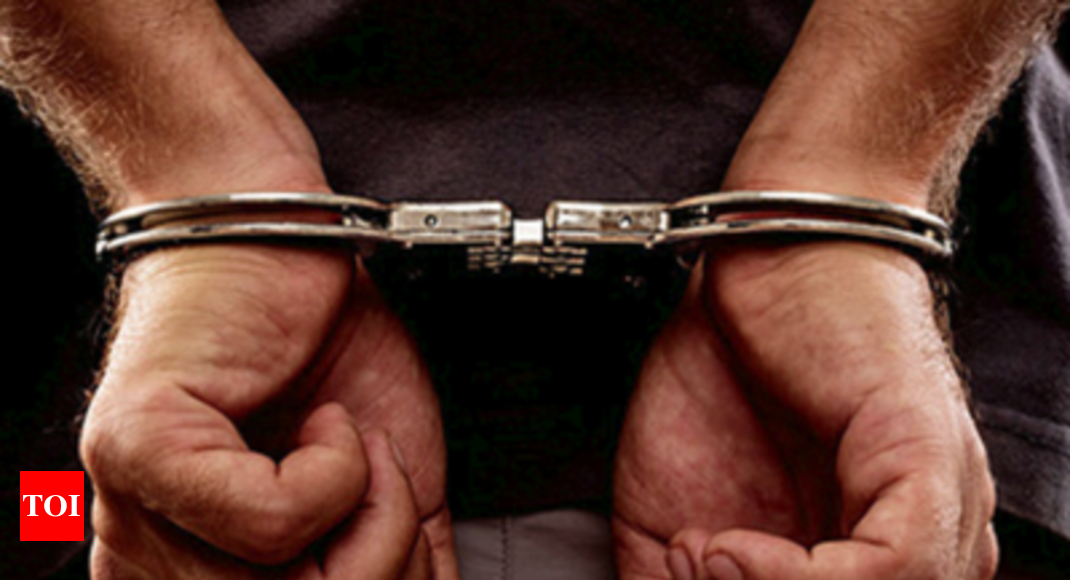 VIJAYAWADA: Three software engineers, who graduated from NRI Engineering College at Agiripalli in Krishna district of Andhra Pradesh, were arrested on Saturday for allegedly raping their BTech batchmate in 2017. They were also booked for stalking and blackmail.

The accused — Krishna Vamshi, 24, Siva Reddy, 23, and Dodla Praveen, 25 — were arrested in Vijayawada, where they were holed up.

“We booked cases against them, recovered phones and sent them for analysis. Meanwhile, all accused were produced before the district court and sent on judicial remand,” Hanuman Junction inspector YVL Naidu told TOI.

The accused had spiked their batchmate’s drink during a birthday party in a hotel at Agiripalli in February 2017, raped her and filmed the heinous act.

The police said the girl was in her final year of BTech when the incident took place, but the college management tried to hush it up and allegedly settled the matter by reaching an ‘understanding’ that the accused would delete all the photos and videos of the girl.

However, two months ago, Praveen began blackmailing her, demanding sexual favours and money. The accused demanded Rs 10 lakh from the survivor, who was slated to get married soon, and threatened to make the videos public if she did not oblige.

Cops said the trio created a WhatsApp group and shared the video. The survivor’s father alleged in his police complaint that the video was shared in other groups as well. Based on the complaint lodged by the girl’s father, cops registered a case under IPC Sections 376-B (gangrape) and 354A (outraging the modesty of a woman), and 67 of IT Act.

Praveen was named as the main accused as he was the one who began pestering the survivor to sleep with him two months ago and circulated the video, which was believed to have been deleted.