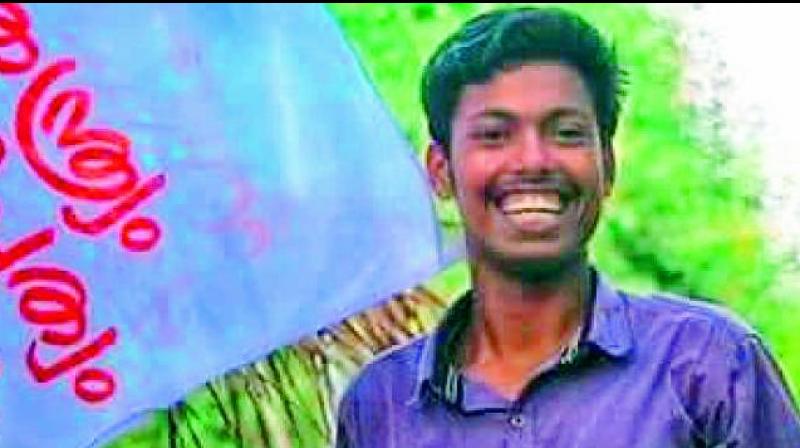 Kochi: Campus politics took a deadly turn here on Sunday night when an SFI student of Maharaja’s College was stabbed to death allegedly by members of Campus Front, an offshoot of the SDPI, following an altercation between both over the use of a wall reserved for graffiti.

He was identified as M. Abhimanyu, 20, a native of Vattavada in Idukki, and a student of B.Sc Environmental Chemistry. Abhimanyu died immediately after he was brought to the Government General Hospital, Ernakulam.

Arjun, 19, another undergraduate student and an SFI activist,  sustained serious injuries in the clash. He is undergoing treatment at a private hospital in Kochi. According to hospital sources, the stab injuries affected his liver and he underwent a surgery on Monday morning. “The patient is currently admitted to the Intensive care Unit (ICU) and is semi-conscious. He is not out of  danger  as the injuries are on the liver,” an official with the hospital said.