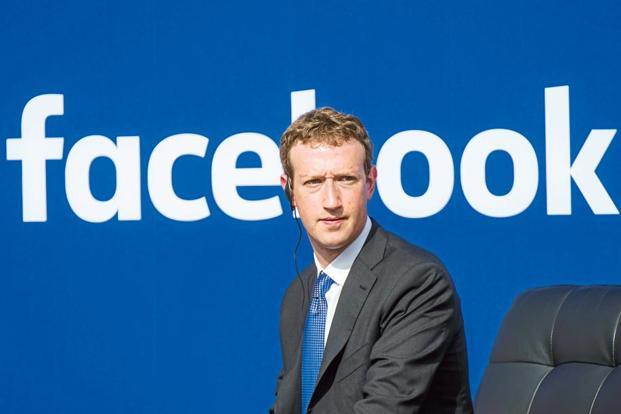 A selloff in Facebook shares wiped out $15.9 billion from the fortune of the Facebook Inc. co-founder Mark Zuckerberg. Photo: Bloomberg

Mark Zuckerberg lost more wealth in a single day than the entire market value of Molson Coors Brewing Co., or Nasdaq Inc. or Ralph Lauren Corp. In fact, about 175 companies in the S&P 500 are worth less than the $15.9 billion that vanished from the fortune of the Facebook Inc. co-founder as shares of the social-media giant plunged 19 percent Thursday. Zuckerberg, 34, is now the world’s sixth-richest person with $70.6 billion, down three rungs on the Bloomberg Billionaires Index.

The loss is the biggest one-day wipeout of individual wealth ever recorded on the ranking, which started tracking the world’s biggest fortunes in 2012.

Other big Facebook investors also took a hit as disappointing second-quarter results obliterated $119 billion of market value, the most ever in a day for a U.S. company. Co-founders Dustin Moskovitz and Eduardo Saverin lost $3.9 billion and $2.2 billion, respectively, on the Bloomberg ranking, while Chief Operating Officer Sheryl Sandberg lost $100 million.

Here is a roundup of what analysts are saying following the results:

Kessler cut his rating on Facebook to outperform from strong buy and lowered his price target to $210 from $240 based on “increased near-term uncertainty on revenue growth, slowing user growth, and lower margin forecast.”

Sheridan cut his rating to neutral from buy and lowered his price target on Facebook to $180 from $212. He writes that “new growth drivers (Instagram, Watch, Stories, Messenger/WhatsApp, VR) frankly aren’t big enough over the short/medium term to alter the decelerating growth & margin pressure profile of the P&L.”

He sees the risk/reward for Facebook as balanced with “strong momentum in Instagram measured against regulatory attention, investments to transform/protect ecosystem, & slowing engagement/more mature ad trends at core FB.”

JPMorgan removed Facebook from its analyst focus list and cut its price target to $205 from $242. The bank remains overweight-rated on the stock.

While part of the revenue impact in the second quarter was due to currency headwinds, Anmuth said Facebook “felt data and privacy issues more in Europe with some early impact from GDPR in both users and monetization.”

It appears that advertisers are also being more cautious around targeting customers, Anmuth said.

Kelley cut his rating to neutral from buy and lowered his price target to $183 from $228.

The shortfall in the quarter was “spread across metrics and geographies and was more than just a side effect of GDPR.” Kelley noted that consolidated net adds haven’t been this light since the third quarter of 2014.

“It’s possible (and likely, in our view) that management is being overly conservative on the margin side as it looks to invest in security and product simultaneously.”

Kelley said it may be a considerable amount of time before WhatsApp monetization comes into focus.

Read More: These Hedge Funds May Blame Facebook For a Lousy Thursday

One of the “most notable” challenges for Facebook is the company’s decision to push core users to use “Stories” format at a faster rate. But the fact is, that format is still monetizing at “materially lower” rates than News Feed, Nowak said.

Facebook “will now need to increase its execution around stories engagement and ad innovation.”

The analyst reiterated the stock’s overweight rating, while cutting his price target to $185 from $215.

But the analyst said “don’t unfriend FB now,” noting that Facebook’s guidance on revenue and margin may be “overly conservative.”

“FB stills owns two of the largest media assets in the world and the two largest messaging assets in the world,” Mahaney said. “Our checks and management commentary suggest no material change in marketer views of the attractiveness of FB platforms. This likely constitutes One of the Best Entry Points you can get on FB.”

Mahaney has an outperform rating on the shares and cut his price target to $225 from $250.

“Clearly, Facebook is more focused this year on strengthening content quality and platform security, which likely accounts for part of the deceleration in revenues and user growth,” Sebastian said. “Stronger Instagram performance (according to our checks) was not enough to offset some of the core app headwinds.”

Sebastian has an outperform rating.

“Fundamentals remain intact, and we believe that there was no incentive for a blowout quarter in light of recent news,” according to Thill. “We continue to believe that Instagram is a catalyst for ’18 & ’19 as users continue to flock to the platform and upside to advertiser demand continues.”

Given the stock’s gains this year, “results were not what was needed to continue momentum.”

“We ultimately believe the advertising revenues and underlying MAU/DAU metrics were ‘good enough’ and show the worries of a massive fundamental and user deterioration at Facebook post Cambridge was more bark than bite.”

“So far the fundamental damage to the Facebook platform has been very contained in our opinion and is generally better than feared.”

Ives has a highly attractive rating on the shares.

“With its strong management execution, the company remains one of the best online ad platforms in the mid-to-long term.”