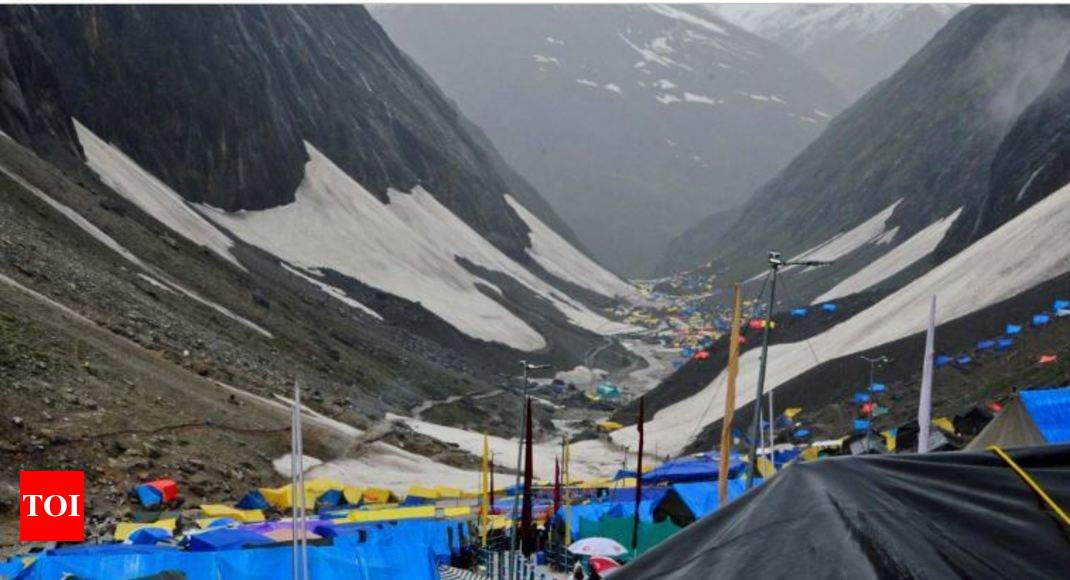 JAMMU: A group of 148 pilgrims on Sunday left for the Amarnath cave shrine from the base camp here, officials said.

The pilgrims, including 49 women, boarded eight vehicles and left the Bhagwati Nagar base camp in the wee hours under tight security, they said.

The officials said the group is heading for the Baltal base camp to undertake the yatra from the shorter 12-km route in Ganderbal district, while none of the pilgrims opted for the traditional 36-km Pahalgam route in Anantnag district.

The 60-day annual yatra commenced from the twin tracks on June 28 and is scheduled to conclude on August 26 coinciding with ‘Raksha Bandhan‘.

Till yesterday, a total of 2,81,574 yatris had visited the cave shrine for ‘darshan’ of the naturally-formed ice-shivlingam.

However, early melting of the ‘lingam‘ this year had badly impacted the arrival of the pilgrims at the shrine.

Meanwhile, a third batch of 909 pilgrims, including 131 women, left the Bhagwati Nagar base camp in a convoy of 22 vehicles under tight security to pay obeisance at the Budha Amarnath temple in the mountainous Poonch district.

With latest batch, a total of 3,156 pilgrims from various parts of the country had left the base camp for the pilgrimage since the start of the yatra.