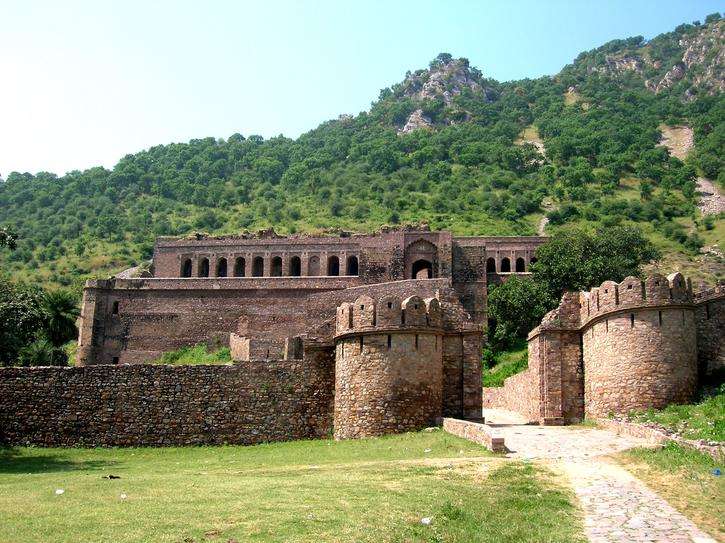 India is a land full of wonders. Many man-made and natural marvels exist here that have never failed to leave people in awe and sometimes even quizzical. Following is a list of such incredible cases that have dazed everybody. Call them mysteries or miracles, they are attention-grabbing and baffling enough for our logical minds. Scroll down to have a look at them.

India may be one of the countries with lowest rate of twin births in the world, but a village in Kerela has been defying this. Kodinhi, a remote area in the Malappuram district, looks like a usual village at first sight. However, there is something very odd about this place. Why? It’s because you will notice that every other person you see here, astonishingly, has a twin. In fact, it is reportedly stated that there are more than 200 pairs of twins in the village and this includes kids of women who have been married into families from far-off places. Even though doctors consider that the presence of certain chemicals in the area’s water might have led to such a phenomenon, the actual reason still remains unclear.

The village of Hampi boasts of many splendid establishments of historical significance, and the one that clearly stands out is the Vittala Temple. The temple displays Dravidian architecture and carvings that truly speak of the architectural brilliance of artisans during those times. Another feature that makes this temple one of its kind is the 56 musical pillars. These pillars actually produce sound when tapped, but when long ago Britishers tried to unveil the mystery by breaking two of the pillars, they could find nothing inside. However, tapping on them has been banned in order to preserve them.

Our fascination with UFOs or extra-terrestrials may not be just limited to movies. Atleast the incidents happening at Kongka Pass seems to say so. It can’t be a coincidence that personnel of ITBP and Indian Army have been reporting numerous sightings of unidentified luminous objects near Ladakh around India–China border. According to some army officials, these objects are not drones or satellites, and according to the astronomers who studied the phenomenon, these are not meteors either. These flying objects reportedly look like spaceships and it has become a common sight to see them entering the base and exiting it. What exactly are these? Glaciologists and geologists of ISRO, experts from DRDO and NTRO have been trying to identify them but so far in vain.

In the Garhwal region of Uttarakhand lies a picturesque place called Roopkund that attracts adventurers, for it offers an ideal trekking trail through lush forests, brooks, and snow. On the other hand, this scenic place is also widely known as “Mystery Lake” because of the ambiguity surrounding the Roopkund Lake. Eerily enough, when the snow around the lake melts, one can see spearheads, artifacts, leather slippers, and loads of human skulls and skeletons. Yes, you heard it right! Many spiritual beliefs and scientific theories have been forwarded, but who exactly were these people and where were they headed to, the mystery continues.

Located in the Kurnool district, Yaganti is a popular shrine of Lord Shiva that sees devotees thronging it in large number every year. Interestingly, the Nandi statue set up here has seen a growth in its size over the years and this is not a myth. Archaeological Survey of India has confirmed that the idol increases by 1 inch in every 20 years. Experiment suggests that the rock used to make the idol exhibits a growing nature. Another mystery surrounding this place is that, if legend is to be believed, a sage cursed the crows from entering the temple and so no sign of crows can be seen here.

Whether you believe in ghosts or whether you shred the whole concept of spirits as nonsense, Bhangarh Fort may change your views. Widely known as one of the spookiest places, this fort resides in a deserted area and has many legends behind the paranormal activities experienced here. As such, the fort adorns beautiful architecture, havelis, temples, ruins, gardens, and is open to the public for visit. However, many tourists have admitted that a creepy heavy feeling prevails in its atmosphere. It is also held that the curious minds who tried exploring the place at night never returned alive. That explains why the Archaeological Survey of India has installed a board which mentions that it is prohibited to be in Bhangarh Fort after sunset and before sunrise.

Hindu mythology has it that to rescue his wife Sita from Ravana, Lord Rama built a floating bridge from Rameshwaram to Sri Lanka across Palk Strait. The bridge is known as Rama Setu or Adam’s Bridge. What’s startling is that some stones found around the region, though similar in appearance to normal stones, tend to float when put in water. The reason behind the phenomenon of such floating stones is yet to be identified despite it having been studied by various scientists to date.

Veerabhadra Temple is a gorgeous example of architectural style from Vijaynagar Empire and other than its fascinating features like huge Nandi idol, fresco paintings and carvings, its hanging pillar generates curiosity. In total, there are 70 pillars in the temple; however, unlike others, one of them doesn’t come in contact with the ground. It is believed that by sliding something underneath the pillar blessings can be obtained.

Krishna’s Butter Ball is an enormous rock in Mahabalipuram which is perfectly balanced on a slope. The rock is estimated to be around 20ft high and has become a major attraction for tourists. Visitors are astonished to see how such a big thing like this stays stationary on a slope. In 1908, an attempt was made to remove the rock for the fear that it may roll down and destroy nearby homes but the efforts went futile. What makes this rock stay still at such an awkward angle, nobody knows.

10. The Riddle Of The Doomed Birds– Jatinga Village State – Assam

Post monsoon period in Jatinga leads to a climatic condition that can be described as misty and foggy and it is during this time that the village witnesses a weird phenomenon. A strange behavioral change is seen in the local and migratory birds. They become disoriented, get drawn towards light, and land on the ground with no attempt to fly again. Contrary to the popular belief that birds commit suicide, such disheveled birds fall victim at the hands of villagers while others hit against objects or trees. However, mysteriously, such a phenomenon is observed only at a particular strip of Jatinga Ridge and not the entire place. Also, what makes the birds stop continuing their flights after landing, is yet to reach a conclusion.