Obesity has long been considered one of the world’s biggest plagues, leading to a climbing threat of health problems such as diabetes, pressure problems and high cholesterol. We know that North America is home to the largest population of obese people on the planet, but India is not far behind. The obesity epidemic, as it has been called, is clinging to out coattails and clawing its way further and further up. Prime Minister Narendra Modi was even said to be considering a so-called ‘fat tax’ on packaged foods and drinks that have a high content of sodium and saturated fats.

Consumers have long been whipsawed by contradictory statements on what constitutes unhealthy food – first it was fats, then it was sugar, and now carbs are the super-villain. While scientists debate the issue, what is everyone else to do? The simple thing is to make each spoonful count. Choose foods for quick weight loss that are low in calories, but also fill you up. If you don’t get that feeling of satiety, you’re more likely to prowl around the kitchen, hunting for cakes and crisps. And we all know how that ends!

In this article, I’ve made a list of ten foods for quick weight loss that have fairly low calories and that fill you up quickly and keep you full for longer. Some of them will be fairly obvious to you (salads, duh!), and some may turn out to be quite a surprise.

So, of course, I start with salad, which is the most obvious low-calorie item. By salad, I don’t just mean salad leaves (boring as they are), but also celery, arugula and bok choy. Bok choy is one of my favourite leafy greens – high in Vitamin C and antioxidants, it doesn’t have the earthy acridity of spinach, and even just a steamed, wilted plate of bok choy is delicious on its own. I’m also adding tomatoes and cucumber to this list. Cucumbers especially, have a pretty high water content, and therefore, a pretty low calorie count.

When it comes to salads though, it’s important to remember that while the base in itself is healthy, adding too much salt and sugar (most restaurants are guilty of it) and dressing, considerably up the calorie count. Try a yoghurt dressing instead. 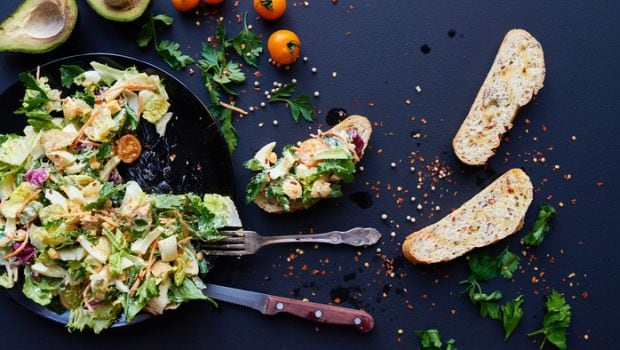 You knew this was coming, didn’t you? Apples are one of the few fruits that contain pectin, a substance that keeps you feeling fuller for longer. Apples take while to eat, and end up tricking your brain into believing that your stomach is full. If you don’t like apples on their own, you can easily toss them into a salad or into your morning bowl of muesli, yoghurt or oatmeal. You can even put them into a turkey, or chicken sandwich for a touch of sweetness to balance the protein. 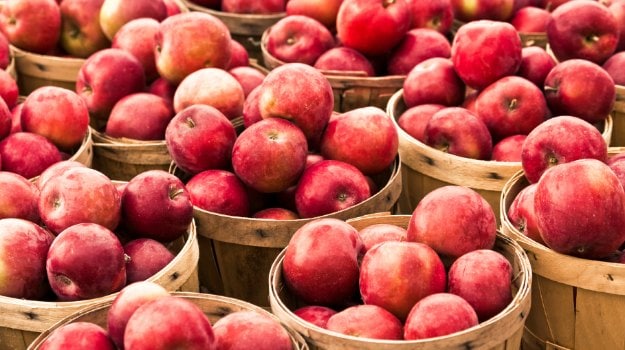 It’s ridiculous how low calorie strawberries are, while still packing in plenty of flavour, and a heap of antioxidants and Vitamin C besides. An entire cup of strawberries will take you down barely 50 calories! Drizzle a little beaten dahi over them, chop them into your cereal or salad, blend them into a smoothie or turn them into a sweet strawberry salsa. 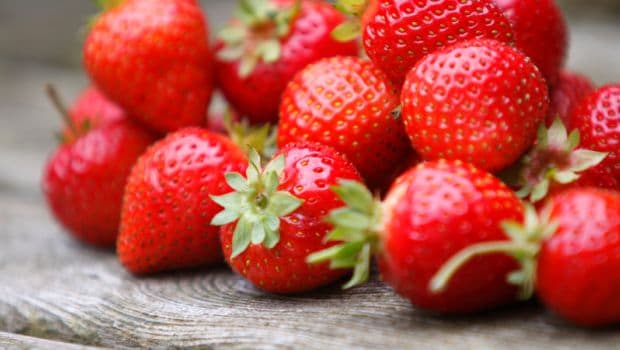 Oatmeal (like that new wonder-food that can do no wrong, chia seeds) absorbs a lot of water, and is loaded with fibre, both of which make it an excellent food to stave off those hunger pangs, while using very few calories to do so. The perfect way to start the day.

5. EggsSpecifically, the egg whites. 100 grams contain just 52 calories and those calories are packed with protein. My suggestion though, would be to hold on to the yellow of the egg, as well – it contains half of the egg’s protein! Eat it boiled, half-boiled, even scrambled (but without butter) and that’s just 80 calories! The minute you add oil or butter, the calorie count goes up dramatically. 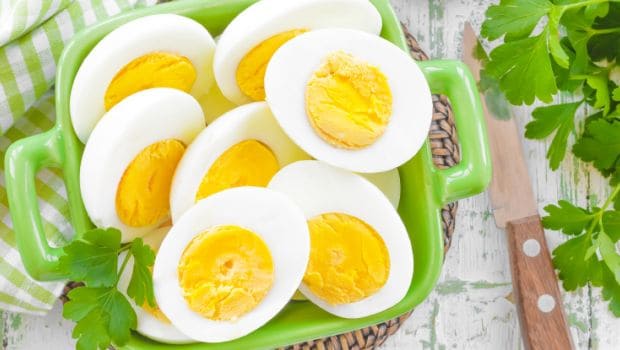 By this, I certainly don’t mean the popcorn available at movie theatres or the microwave popcorns, the huge tubs that come dripping with butter or that odd cheese-powder creation. I mean, a cup of good, home-popped popcorn, made without oil and butter; that will only bring you to about 30 calories a cup. Season with a dash of salt and chilli powder and you’re sorted. 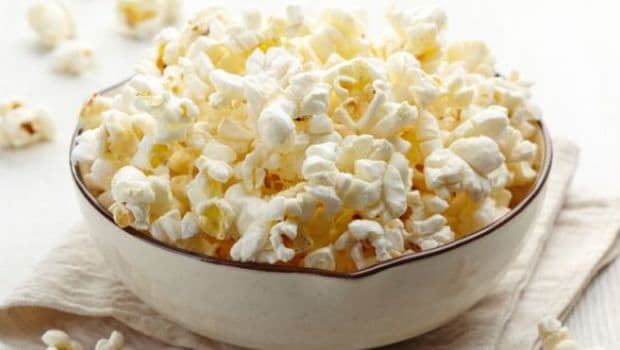 Thanks to crisps and chips and fries, the potato has long been vilified as a fat-fuelling tuber. Although potatoes are indeed higher in carbs than many other root vegetables, they also stave off hunger for longer and are packed with vitamins. Steam or roast them in the oven with the skin, and you have a delicious, energy-giving snack. 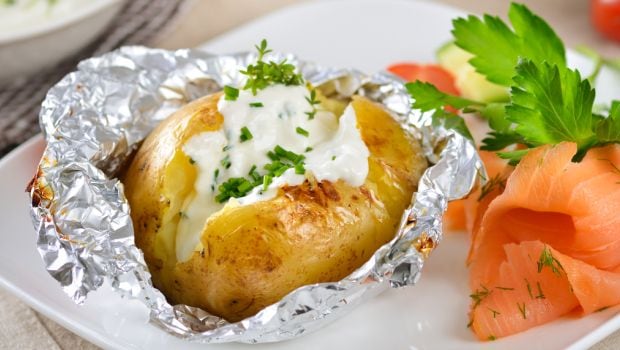 Specifically the breast. I know this isn’t the most exciting meat around, but it is one of the least calorific. 100 grams of chicken breast uses up approximately 100 calories only! Plus, it is said that the body requires more energy to digest chicken, thus burning even more calories. 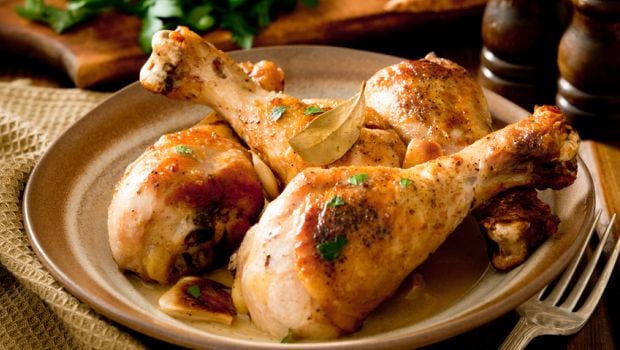 There’s nothing more comforting than a plate of Rajma-Chawal. Delete the chawal, and you have a plate of healthful, protein-packed, fibrous, low-calorie goodness. Kidney beans will cost you just over 100 calories for half a cup, and since they are a complex carbohydrate, will result in sustained energy levels. 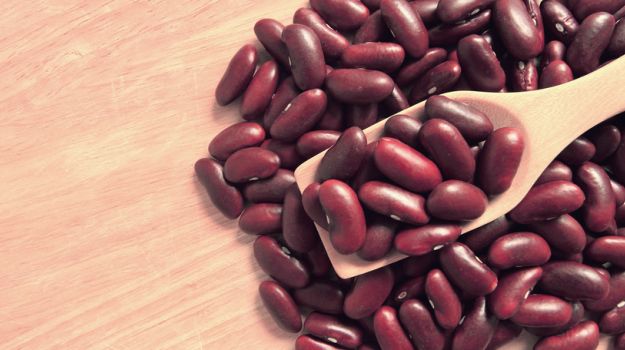 Mushrooms are one of the most moreish things I’ve ever eaten. Their earthy, umami flavour and dense chewiness also make them a great meat substitute. Grilled or roasted, they add up to a mere 25 calories for 100 grams, that’s because most of their weight is water weight. 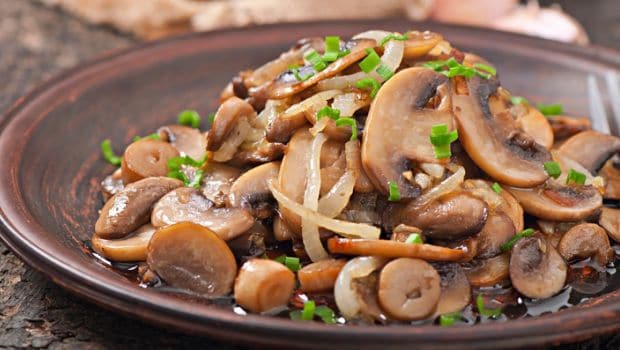 Meher Mirza is an independent writer and editor, with a focus on food and travel. Formerly with BBC Good Food India, she loves anime, animals and artsy things but also comics, technology and death metal.